Who is a perfect left-handed opening batsman? Shikhar Dhawan or Quinton De Kock? Check it out! 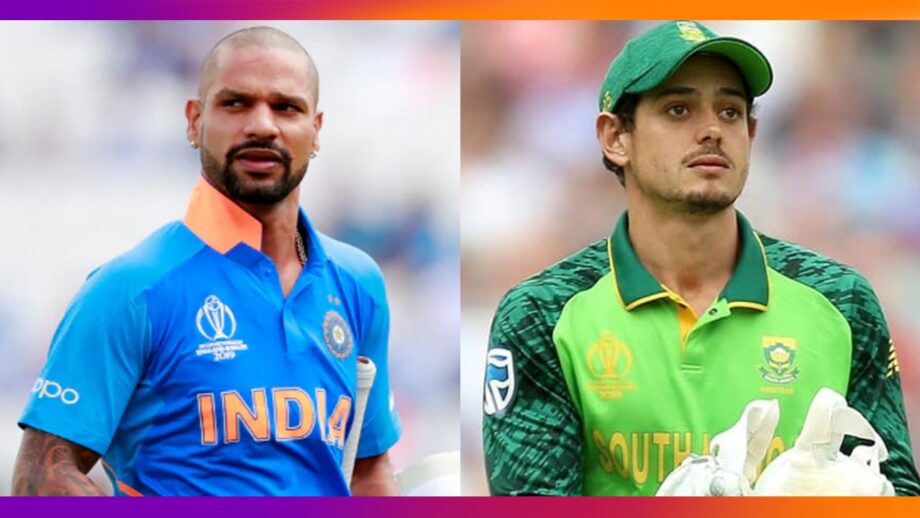 The Indian international cricketer, Shikhar Dhawan has made everyone stunned with his outstanding skills in the field. He has a batting average of 28.5 in T20, 45.1 in One Day Internationals (ODIs) and 40.6 in Tests as a batting average. He has been an excellent left-handed opening batsman. Dhawan has ruled the T20 series with his captivating performances. Dhawan is a perfect choice from the Indian squad to open a match. His hard work and dedication to the game are what make him great. His stability, consistency and outstanding left-hand batting skills make him a perfect batsman.

On the other hand, Quinton de Kock, the captain of the National South African cricket team has been a great left-handed opener for the team. Apart from his batting skills, he is also a great wicket-keeper. The player has a batting average of 44.6 in ODIs, 31.4 in T20s and 39.1 in T20s. The player holds and leads the team well as a captain. He has also been seen playing in the Indian Premier League (IPL) for Sunrisers Hyderabad (SH) and Delhi Daredevils (DD). In 2019, he played for Mumbai Indians (MI). He is the second wicket-keeper opener to score a century in ODIs while captaining.

It’s really a hard task to decide between the two outrageous players. Who do you think among the two is better? Let us know in the comment section down below!