Hardik Pandya is one of the few cricketers known for their edgy fashion sense. The Indian all-rounder cricketer is very well-known for his contribution to the cricket team. He can strike the ball big, roll his arm over decently and is a livewire in the field. If there is one thing that separates Hardik Pandya from other young cricketers, it is his immense self-belief. The flamboyant Baroda all-rounder never lets pressure affect his game, but instead relishes such situations. Apart from his terrific cricket skills, Pandya is well-known for his fashion choices. He has sported a variety of looks and to be honest, he oozes confidence in any outfit.

Hardik Pandya has often opted for funky prints, long jackets or even velvet blazers. For instance, on his 26th birthday, he donned a metallic jacket or the day he got engaged he donned a printed shirt. He also walked the ramp for Amit Aggarwal at LFW. His hairstyles also depict his unique choice. On numerous occasions, Pandya’s fashion statement becomes the talk of the town. His choice of clothes is quite distinctive but he is never short of self-belief. From fancy shades to statement accessories and from florals to shimmery, he has carried it all.

Hardik Pandya is certainly extravagant on-field as well as off the field. 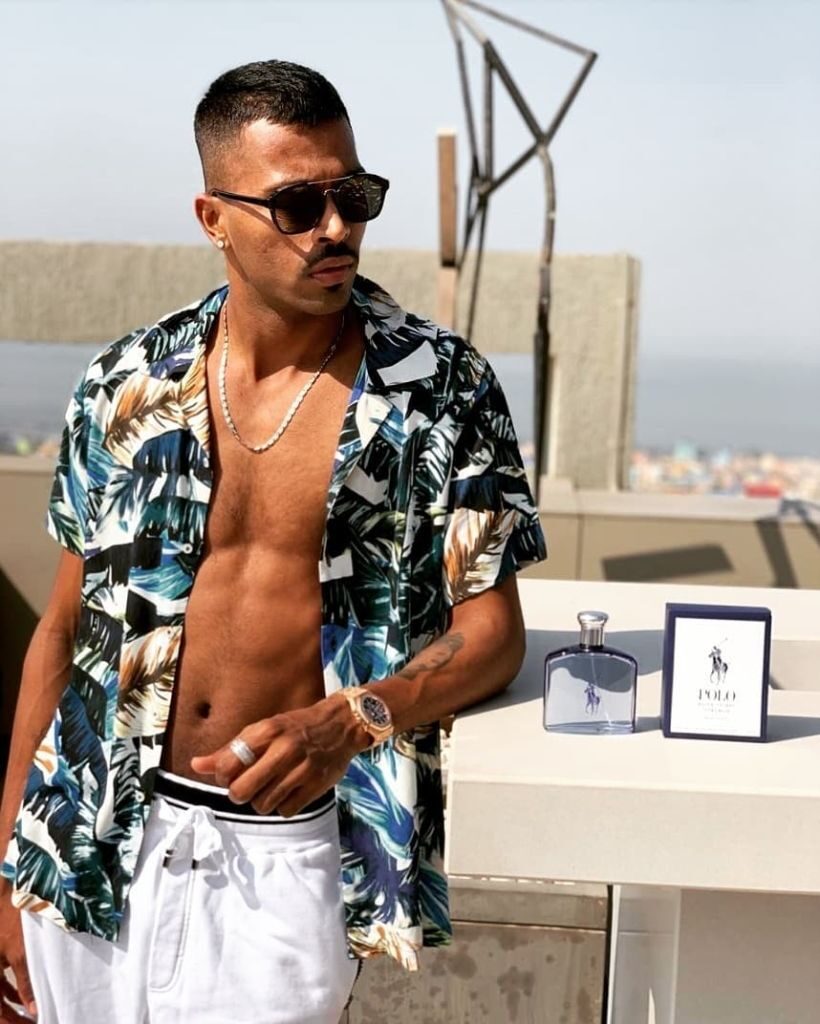