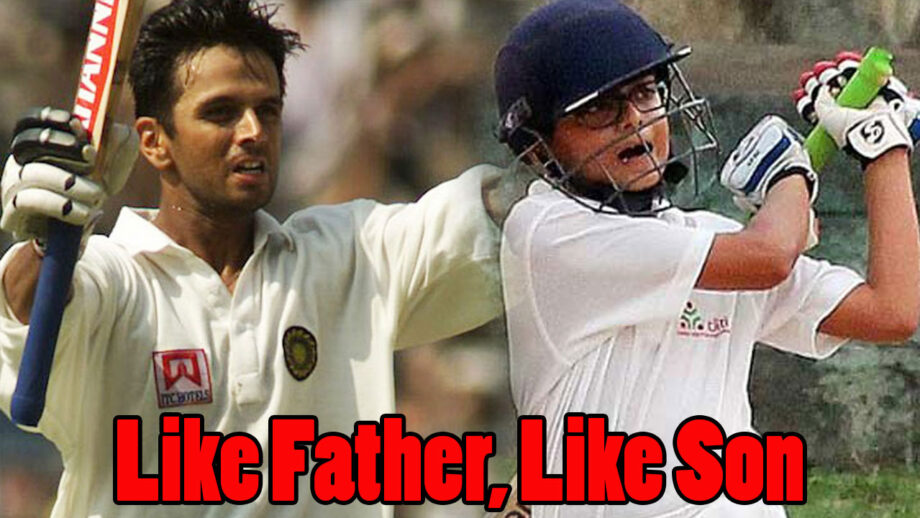 A right-handed batsman, Samit Dravid, son of former cricketer Rahul Dravid has been grabbing eyeballs for quite some time now in various competitions in school cricket.  He has put up an impressive all-round performance in 2019. He is certainly the next Dravid in making. Here are the 10 things you need to know about Samit Dravid.

Unlike Rahul Dravid who was known for his defensive batting skills, Samit is an attacking batsman.

The young cricketer made his domestic cricket debut in 2016 at the age of 11.

He is great with bowling too and has put up a good bowling display in the tournaments he has played.

In April 2016, his batting talent first came into public prominence when he smashed 125 runs in a U-14 game against another school.

He has scored two double centuries at the age of 14 in a period of two months.

The upcoming cricketer’s hobbies are playing football and swimming.

For his stellar performance, he was felicitated by the Six Cricket Academy at the hands of Indian cricketer Shikhar Dhawan as well as Rahul Dravid.

Samit Dravid is surely going to make it big just like his father did.

Also read: Must Watch: A Tribute To The Wall- Rahul Dravid