Kwon Ji-Yong is a South Korean Rapper popularly known as G-Dragon. Besides being a rapper, he is also a singer, songwriter, and producer.

G-Dragon’s father’s name is Kwon Young-Hwan and his mother is Han Gi-ran. GD is the youngest in the family. GD is younger than his sister named Kwon Dami. GD has studied post-modern music at Kyung University, he also has majored in Leisure Sports Studies.

GD’s sister Kwon Dami is married to actor Kim Min-Joon. She also has a kid.

GD’s sister owns a fashion boutique Rare Market and he also sometimes does modeling for her designs.

G-Dragon was born in the Year of the Dragon as in the Chinese calendar. GD is very much close to his parents, also his father revealed in an interview saying that he is proud of his son. GD has a nickname, ‘Mom’s Best Son’ from mothers who wanted to have a son like him.

Also Read: Fan Quiz: Are You A True Bigbang’s G-Dragon Fan? Prove It Anveshi Jain Is Having Secret Love Affair With THIS 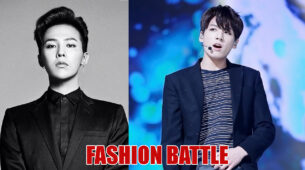