Ronaldo and his extraordinary goals… 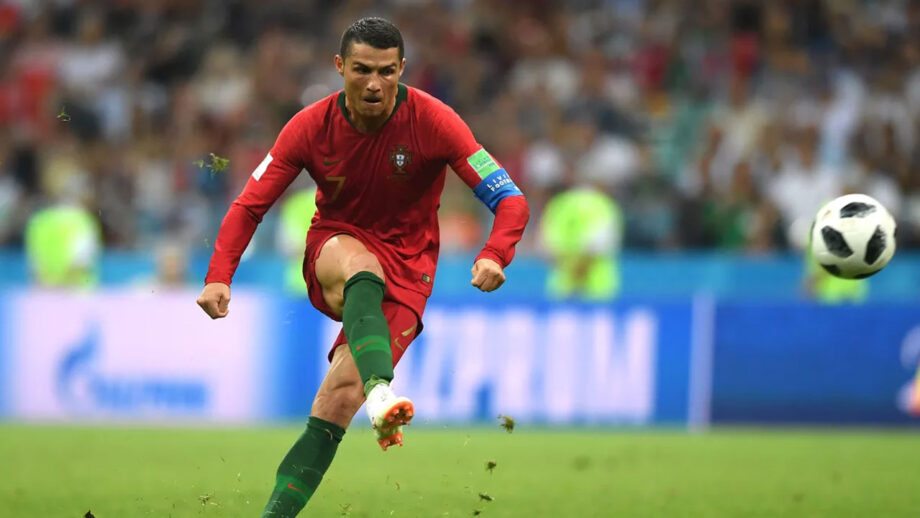 Cristiano Ronaldo is a Portuguese professional footballer who plays as a forward for Serie A club Juventus and captains the Portugal national team. He is often considered as the best player in the world and widely regarded as one of the greatest players of all time. Here are a few goals scored by this football star with his magical skills.

Real Madrid vs Juventus: Before Ronaldo joined Juventus, he played for Real Madrid for 9 long years. Ronaldo’s unbelievable overhead kick for Real Madrid against Juventus in 2018 is his favourite goals of all time. It wasn’t even a good cross, and it had no right to be scored from. As the ball flew across the air it looked for all the world that it was destined to be challenged for by Lucas Vasquez. But then from nowhere, Ronaldo appeared and did an overhead kick also named as bicycle kick by Ronaldo himself.

Manchester United vs Portsmouth: The “knuckleball” technique was an alien concept to English football fans back in 2008. Breathing heavily, eyes glazed over with focus, he belted the ball into the top corner with the most incredible swerve and dip that fans had ever seen. Portsmouth ‘keeper David James shrugged his shoulders in disbelief at the shot that had just beaten him.

Portugal vs Spain: In what was arguably the match of the 2018 World Cup, Ronaldo once again illustrated his extraordinary ability to drag his team kicking and screaming to the result they need. Having already scored twice, but trailing 3-2 to Spain in the dying stages, Ronaldo found himself standing over a free-kick. Around 22 yards out, and slightly to the right, the national team legend abandoned his usual knuckleball technique and instead curled an unstoppable strike around the wall and into David de Gea’s net.

Manchester United vs Arsenal: In the Champions League semi-finals of that same 2008-09 season, Ronaldo again put his stamp all over the tie. Ronaldo actually scored two goals worthy of this list that night. His first was an unbelievable free-kick spanked in from wide on the right side of the pitch. But the best came when he finished off an incredible counter-attack.

Truly a legendary athlete for a reason. 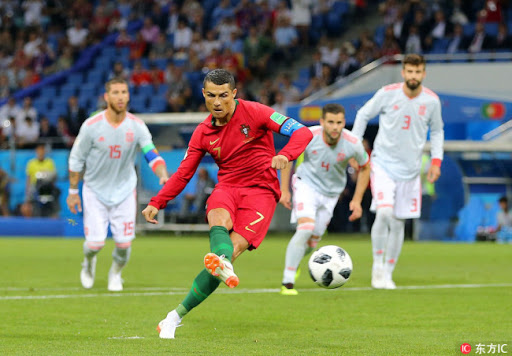