A reliable all-rounder cricketer for a reason… The Indian all-rounder cricketer is very well-known for his contribution to the cricket team. He is famous for his destructive batting and spectacular bowling. His amazing dives while fielding has led India in winning matches. Hardik Pandya can win matches with his bat as well as ball and he is a perfect all-rounder choice for all the formats. If there is one thing that separates Hardik Pandya from other young cricketers, it is his immense self-belief. The flamboyant Baroda all-rounder never lets pressure affect his game, but instead relishes such situations.

Pandya averages 29.90 in 54 ODIs with the bat and he also has a test hundred. His bowling average of 40.64 in ODIs is on a higher side with 54 wickets to his name while he has taken 17 wickets in 12 Tests at 31.05. These are some breathtaking statistics. Having Pandya as a bowler and middle-order batsman has helped the Indian team in past matches. He is one batsman to play some spectacular shots under pressure and score big for the team.

Hardik Pandya has made some remarkable contributions to the team and we can’t wait for his return in the team. 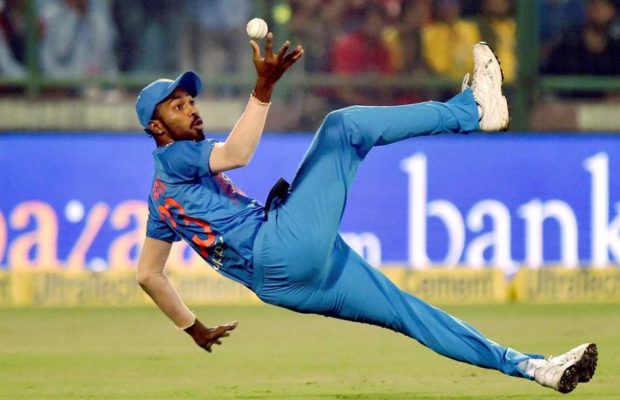