The Indian all-rounder cricketer is very well-known for his contribution to the cricket team. He is a part of the Mumbai Indians team in the IPL. He is famous for his destructive batting and spectacular bowling. His amazing dives while fielding has led India in winning matches. Hardik Pandya can win matches with his bat as well as ball and he is a perfect all-rounder choice for all the formats. Hardik Pandya has a total of 71 sixes in Internation cricket in all three formats and 68 sixes in IPL.

Pandya is well known for his massive shots. He has a record five times hat-trick of sixes in international matches. In IPL 2019 hit a ball which travelled a total of 104 metres. A few clean strokes have led the ball over the fence to travel a distance of over 90 metres many times in IPL and International cricket. He plays the long shots with such ease, it is unbelievable. Be international cricket or IPL his batting skills have worked wonders for the team to score big or chase runs. Being a middle-order batting all-rounder he is phenomenal onfield.

We want to see more of such shots by this cricketer and break records with his bat for the years to come. 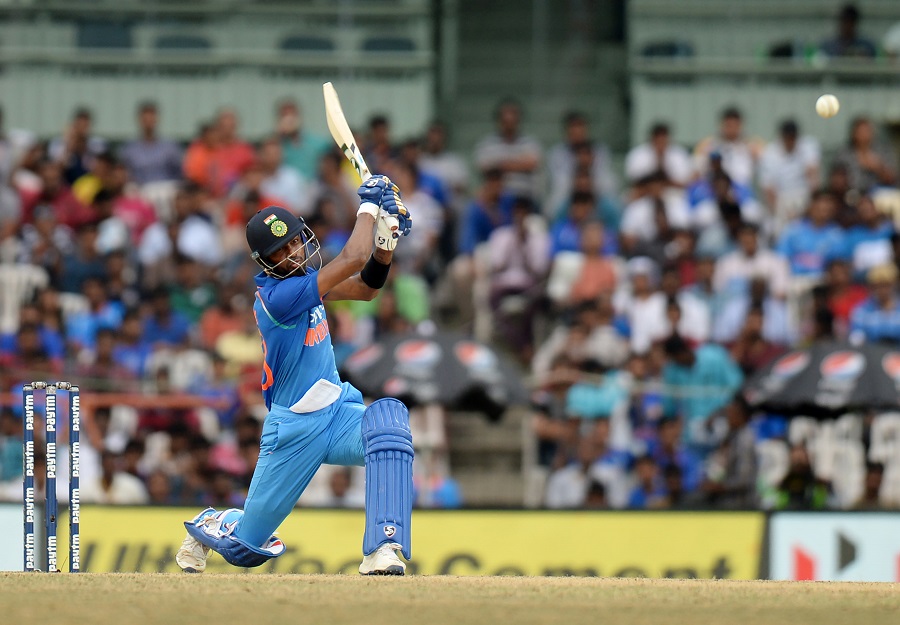