Pandya brothers are an asset for the Mumbai Indians team as well as the Indian Cricket team. Who do you think is the best T20 all-rounder amongst them? The Indian all-rounder cricketer is very well-known for his contribution to the cricket team. He can strike the ball big, roll his arm over decently and is a livewire in the field. T20 cricket is about scoring runs at a quick pace and Hardik does the exact same thing. Hardik Pandya’s batting, bowling and fielding statistics speak volumes of his skills. Having Pandya as a bowler and middle-order batsman has helped the Indian team and Mumbai Indians in past matches. He is one batsman to play some spectacular shots under pressure and score big for the team.

On the contrary, we have Krunal Pandya, one of the most sought after names in the IPL. Left-handed and hard-hitting with the bat, added to his left-arm spin puts him in a similar league of lower-order all-rounders, like that of his younger brother, Hardik Pandya. In October 2018, he was named in India’s T20I squads for their tours against the West Indies and Australia. He impressed immediately with his cricketing brain to out-think his opponents and won the Player of the Match award in the third match for his bowling performance of 4/36 in 4 overs.
Both these talented cricketers look extremely promising as all-rounders. Who do you think is the best amongst them? 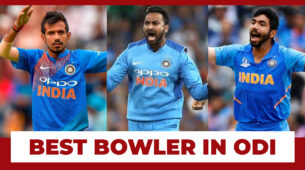