India Levels The Test Series In Thrilling Win In 2nd Test: Have A Look At The Best Moments Of The Game | IWMBuzz
Subscribe Now
Sports | Snippets

India wins the second test match to level the score in the 4 match test series against Australia. Take a look at the best moments of the 2nd test. At the end of every exciting match, there always are some events of the match that become the best moments of that particular match. There were many such moments during the India vs Australia test match. Check out some of the best ones here: –

India’s solid comeback – After facing a shameful loss at the Adelaide Stadium in the first test match, India’s chances of winning the second test match looked dire since even Captain Kohli had returned home on a leave. However, under the captainship of Ajinkya Rahane, India managed to win the second test match after overwhelming Australia.

Captain’s ton – After Virat Kohli returned to India, Ajinkya Rahane was appointed as the new captain for the second test. On the second day of the second test match, Rahane scored a century that was truly a captain’s knock. It was the best moment for the Indian batting side given how much trouble they were in during the 1st test match.

Debutant’s show – Both Shubhman Gill and Mohammad Siraj made their test debut during the second test match against Australia. Shubhman Gill replaced Prithvi Shaw who is out of form and Siraj replaced Mohammad Shami as he was injured in the first test match. Both the debutants performed extremely well which was very nice to see.

Also read: IND VS AUS: Is Captain Steve Smith Not Batting For Long Affecting The Australian Lineup: Is He The Only Saviour Of Australia?

India Or Australia: Which Team Has Been More Sloppy On The Field

Kane Williamson Against Pakistan Or Ajinkya Rahane Against Australia: Whose Day 2 Century Was The Most Deserving?

IND VS AUS: Is Captain Steve Smith Not Batting For Long Affecting The Australian Lineup: Is He The Only Saviour Of Australia? See The Funny Moment Between Virat Kohli & Steve Smith When ICC Asked About Who Was The Best Player: See What Smith Had To Say 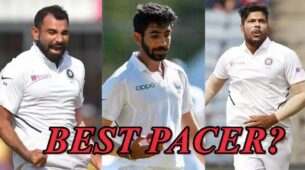 Jasprit Bumrah To Umesh Yadav: The Best Pacer Of India In First Test Against IND VS AUS 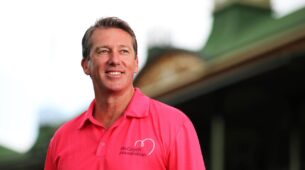 Glenn McGrath Suggests 2 Changes Ind Vs AUS 2nd Test: Have A Look What He Has To Say Steve Smith & Virat Kohli Share Their Experience Of Making Centuries In 2014-15 Test Series: Hear What They Had To Say With India, Just Bowled Out At 36 In 1st Test: Is This Current Aussie Pace Attack The Best In The World? 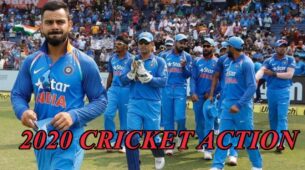