Irfan Pathan the former Indian cricketer and his interesting facts for you to read. Irfan Pathan the Indian former cricketer has played all the formats of the game and has won laurels for Team India with his wonderful all-round display. He is a left-handed batsman and a left-arm medium fast bowler.

He has played for the National side from the year 2003 to 2012. He has played 29 tests, 120 one-day games. He has been a good-hitter of the ball and has also served India well with his bowling displays.

The Pathan family was extremely happy and joyous when both of their boys, Irfan Pathan and brother Yusuf Pathan represented India at the World Cup T20 2007.

Brothers Yusuf and Irfan have played together to give India many winning milestones. However one game which we remember is the T20 versus Srilanka wherein the brothers had to chase the target and achieve 57 runs in 29 balls. Ultimately, India won the game with four deliveries to spare.

Irfan’s hat-trick moment came against Pakistan in 2005 and it was a jubilant moment for the bowler.

Are you aware of these landmarks in Irfan’s career? The Pathans vs The Pandyas: India's Best Brother Duo 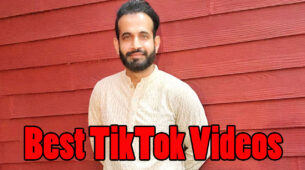 Best of Irfan Pathan On TikTok 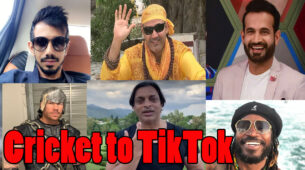