Club culture has taken over the top orders of cricket, as each of the 8 big Test-playing nations has its own T20 club league. But there are only two T20 leagues contesting for the title of the best T20 League in the world – IPL and BBL. The top Indian stars like Virat Kohli, MS Dhoni, Rohit Sharma, Vijay Shankar, Hardik Pandya and Shikhar Dhawan always make sure that they are available to represent their teams in the IPL. Not only are the Indian stars the main reasons behind IPL’s success, but the organizers also offer them cash-rich contracts. In the Indian Premier League, the play-offs system replaced the semi-finals in the 2011 edition. The top two teams of the league stage deservedly get two chances to make it to the final of the tournament.

On the contrary, we have Australia’s Big Bash League. Australian board offers a better way of watching a BBL game live in the stadium. Apart from the exciting pyrotechnics they showcase during the matches, there are several stuntmen performing mind-blowing stunts during the breaks. Moreover, the viewing experience in Australian stadiums is way better than in the IPL as there are no grills there, thus providing an unrestricted view. Cricket Australia introduced the Women’s Big Bash League in 2015-16, and the league is played in the same format as the men’s. The team names are also the same, and it gives good exposure to the young and upcoming female players in Australia.

Both the league are extremely interesting and best for varied reasons. Which cricketing league do you think is the best? 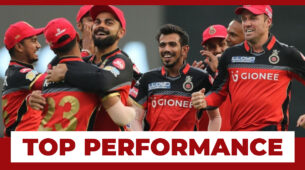 IPL 2020: Top 10 Players Who Score The Most Runs In Indian Premier League IPL 2020: Take A Look At The Success Of Delhi Capitals So Far