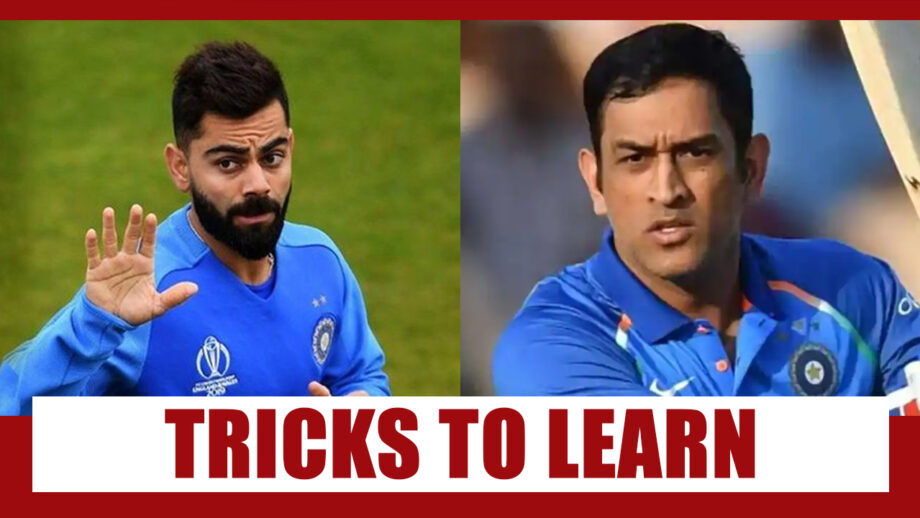 IPL2020 has begun with a bang and we have had some amazingly close matches in the first week.

As we get into Week 2 of the cricketing euphoria, we wonder which Captain will take the advantage of bagging the maximum wins in the league round.

Dhoni has done it before and has gotten maximum glory by winning IPL thrice.

Royal Challengers Bangalore has never won IPL so far, but has come close by being the finalists on three occasions.

Well at this juncture, we believe few tips from MS Dhoni for Virat Kohli on captaincy might do the trick for Virat to lift the trophy this time around!!

So what do you think Kohli needs to learn from Dhoni?

We tell you three tricks here.

Virat Kohli can do better as Captain if he manages his team with more intent and planning. MS Dhoni is the perfect example of how a captain can derive the best use of a player and extract the fullest potential out of everyone playing in the team. Deepak Chahar bowling in the powerplay overs and picking wickets is the best example. Kohli certainly needs to learn a trick or two here!!

Captain Cool, the title for Dhoni has not come just like that!! He is cool as a cucumber on the field, even when he and his team are going through a rough patch. Virat on the other hand, seems to show his anxiety and frustration on the field when the going gets tough!! Maybe, he needs to handle the pressure situations with much more calmness!!

Dhoni is daring as a Captain and can make the most unpredictable choices when it comes to bringing a change for the better!! His bold bowling changes, his field placements during tough times, the ability in him to think from the opponent’s point of view to outwit them have gained him huge laurels and success too. Not many would have given Joginder Sharma a chance to bowl the final over at the 2007 T20 World Cup Final. Do you agree? So thinking out of the box for better results is what Virat Kohli needs to do to win the trophy this year!!