Check out the best middle-order batsman between MS Dhoni and Eoin Morgan! 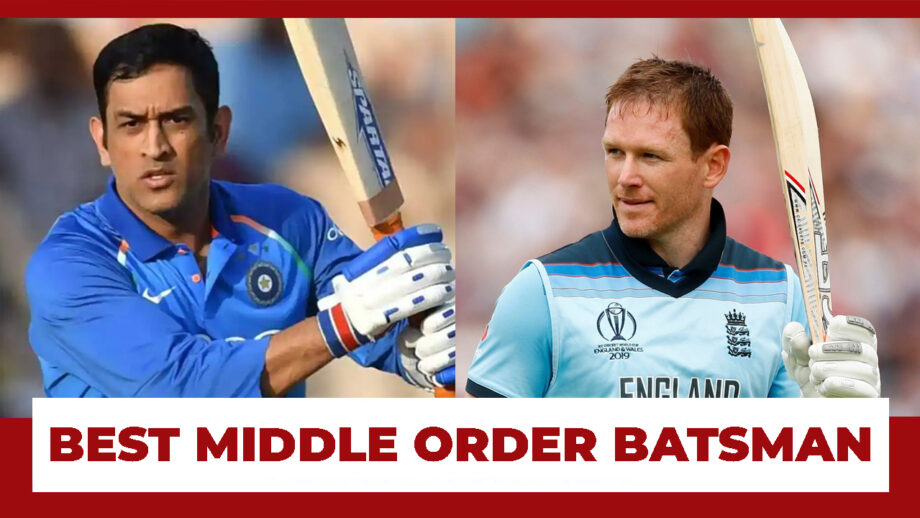 All the batsmen have got their own strong batting position in the field. Some were good with their right-handed skills, and some showed off their power with their left-handed batting. Everyone has got their own skills and abilities. There are many great middle-order batsmen in the history of cricket. Cricketers like MS Dhoni and Eoin Morgan are regarded to be one of the top middle-order batsmen who have created records with their mind-blowing performances on the field.

MS Dhoni, the Indian cricketer and former captain of the Indian national cricket team is one of the finest cricketers of all time. The right-handed middle-order batsman and a wicketkeeper has made everyone speechless. He has a batting average of 38.1 in the Test, 50.6 in One Day Internationals (ODIs), and 37.6 in Twenty20 Internationals. The player has mostly been seen playing in the 5th or the 6th batting position.

On the other hand, Eoin Morgan, the Irish-born English cricketer, has been no less. The player has multiple records at the international level. The left-handed middle-order batsman has got a number of excellent shots and hit the boundaries several times. In fact, he is considered to be one of the greatest left-handed batsmen of all time. Eoin Morgan has always been one of the leading run-scorers for the team.

Who do you think between MS Dhoni and Eoin Morgan is the best middle-order batsman? Comment down below!