Check out the adorable love story of Saina Nehwal and Parupalli Kashyap, that happened on the badminton court! The world has seen many love stories happening in Hollywood and Bollywood film sets, concerts, and on many other occasions. We all have heard or read many fictional love stories too. But, did you ever hear of a love story on a badminton court? Well, no one did till Saina Nehwal and Parupalli Kashyap met.

Also read: From Six Years Of Dating To Marriage: The Adorable Love Story Of Rohit Sharma and Ritika Sajdeh

Saina Nehwal and Parupalli Kashyap are the two great professional badminton players. It was December 2018 when the duo got married. But, how did it all happened? It’s said that the couple met at a badminton coaching class. They interacted for some time and became really good friends. Then the friends turned into love birds when they got to know each other well. They dated each other for ten years before they got married. And, this fact was known by none. Then they had to hide it because they belonged to two different communities. Saina was from Haryana and Parupalli was from Hyderabad. Thus, they had to hide their relationship as inter-community marriage was not so common in Indian society. The disappointment was expressed by Saina in an Instagram post. Parupalli was also seen sharing and expressing his points regarding the inter-community marriage in India.

The couple looked really adorable since the very first day. Last year in 2019, they celebrated their first marriage anniversary. Parupalli posted an emotional post for his wife, Saina on Instagram with a series of adorable photos of them, and saying, “You are simply the most amazing woman in the world. I couldn’t ask for a better wife. Thanks for making the first year together so wonderful. I love you so much. Happy anniversary!!”. Saina also greeted him through a cute picture of them on her Instagram wall with the caption: “Happy first anniversary to us…#oneyearofmarriage”.

You are simply the most amazing woman in the world. I couldn’t ask for a better wife. Thanks for making the first year together so wonderful. I love you so much. Happy anniversary!! 😘😘❤️ 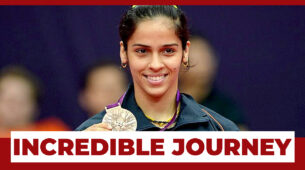 An Incredible Journey Of Saina Nehwal To Revisit 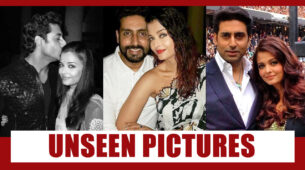