See the adorable journey of the Indian cricketer, Rohit Sharma and his wife Ritika Sajdeh, from professionals to married couples. 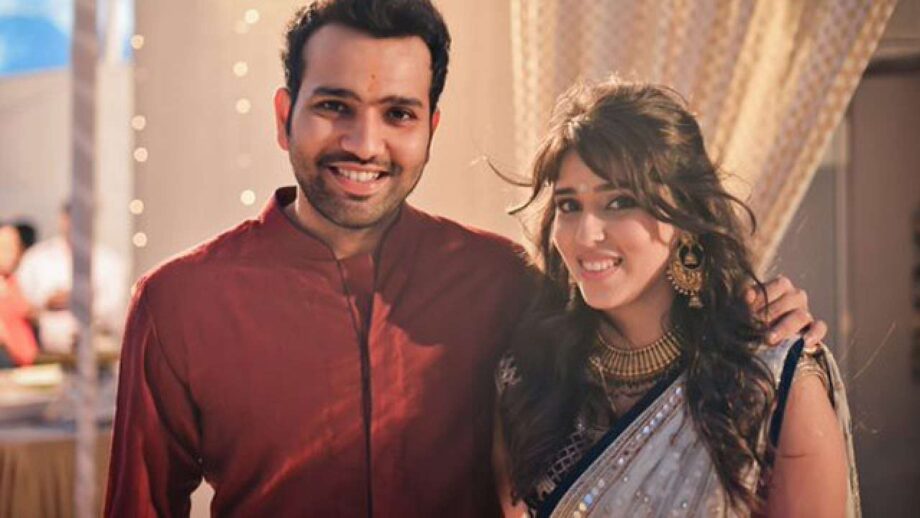 We all adore love stories, be it in real life or fictional. From Bollywood to Indian cricket, we all have seen some adorable couples matching up. The Indian cricketer, Rohit Sharma has also got a very romantic love story in his life. He got married to Ritika Sajdeh on December 13, 2015.

The couple proved to us that a good relationship always starts with a friendship. They initially met as professionals, and they became friends. Ritika is a sports manager, who was given the responsibility of Rohit Sharma. They used to meet often for work, and from there they became good buddies. Slowly they became close, and fell in love with each other. They started dating each other, and it continued for six years. After dating for a while, Rohit decided to propose her at the Borivali Sports Club, Mumbai, the ground where he started his career. He planned a grand romantic proposal for his love. He proposed Ritika and well, she said YES to him.

In the year 2015, they got married at Taj Lands, Mumbai, and now they are having little Samaira Sharma. The couple looks so adorable, when together. They have got each other’s back. Ritika has always been there by his side – first as his manager and now as his beloved wife. Ritika has always cheered him up and motivated him to play better every day. Their love story is worth knowing.
We have got some pictures of the adorable couple. Have a look!