Check out who is the perfect left-handed Indian batsman among the two! The Indian cricketer, Shikhar Dhawan has proved himself with his sheer batting skills on the field. He has got over 17 centuries in the One Day International (ODIs) with a batting average of 45.1 and fastest player to reach 2000 and 3000 runs in ODIs. He has been an excellent left-handed batsman. Dhawan has ruled the T20 series with his outstanding performances. In the 2015 Cricket World Cup, Dhawan has been the player with the greatest number of runs of 412. His hard work and dedication to the game are what make him great. Not only that but also his stability, consistency and outstanding left-hand batting strategies make him a perfect sportsman.

The former Indian cricket captain, Sourav Ganguly has led the team amazingly during his era. He has made everyone’s jaw drop with his enthralling batting strokes in the international matches. The retired player has a record of the highest individual score as a Left-Handed batsman in both the Test, ODI series, and also highest individual score in the ICC World Cups of 183 runs. Sourav has played a huge role in scoring a high rate of runs for the Indian cricket team. He is one of the players that everyone misses to see in the fields.

Both the players are amazing in their own way. They are incomparable. Who do you think is the better one? Shikhar Dhawan or Sourav Ganguly? 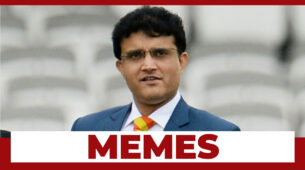