Sourav Ganguly is one of India’s greatest captains.

He is affectionately known as Dada, is an Indian former cricketer, who played as a left-handed opening batsman.

Sourav’s batting style was equally superb and he is the only cricketer to secure four consecutive Man of the Match awards in One Day International matches.

Ganguly retired from international cricket in 2008 and he is currently the BCCI President.

While he is remembered for a stellar career, there were times when he found himself in the midst of unwanted situations.

As per reports in media, Andrew Flintoff in his book Being Freddie, spoke about how Ganguly made it very difficult for his Lancashire teammates during the 2000 county season to like him.

In an interview with Headlines Today in 2011, Ganguly called out Rahul Dravid for not being able to stand up to Greg Chappel during his era of captaincy.

Sourav Ganguly was apparently scared of batting in difficult conditions that he resorted to faking injuries. Well, at least that’s what former Indian coach and Ganguly’s arch-nemesis Greg Chappell wrote in his book, Fierce Focus.

In 2006, speaking at the Hindustan Times Summit, Ganguly admitted that he was deliberately late for the toss against Steve Waugh for a 2001 series in order to teach him a lesson or two about rude behaviour.

As per reports in media, Ganguly had numerous brushes with authority through his playing career. On three separate occasions, he was banned for matches for showing dissent to an umpire’s decision. 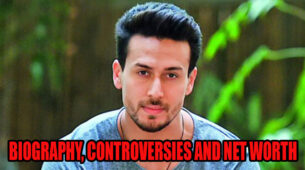