Krunal Pandya and Hardik Pandya are quite close and one doesn’t need to meet them to know that. Just listening to them talking about each other and seeing their social media handles is enough. The brothers share great chemistry and have been playing a key role in Mumbai Indians’ success over the last few years in the Indian Premier League. It is fun to watch these all-rounder cricketer brothers on and off-field together.

Hardik Pandya seems to share a great bonding with his sister-in-law as well. Pandya brothers were trending on social media after the two set the dance floor on fire at Krunal’s wedding. In an interview with Krunal Pandya before his debut T20I, he was asked what advice did his younger brother give him concerning cricket, he joked saying: “We don’t talk much about cricket. We just pull each other’s legs. Before the tournament, he told me ‘Go there and keep my name.’ He advised me to play fearless cricket and that’s all he can do.” Pandya brothers share a great understanding due to their love for the game and are proud of each other’s achievements. They went through their struggles together in the initial years and emerged out victorious as cricketers and best brothers.

We wish to see Pandya brothers ruling the cricket world together and achieve a lot of success. 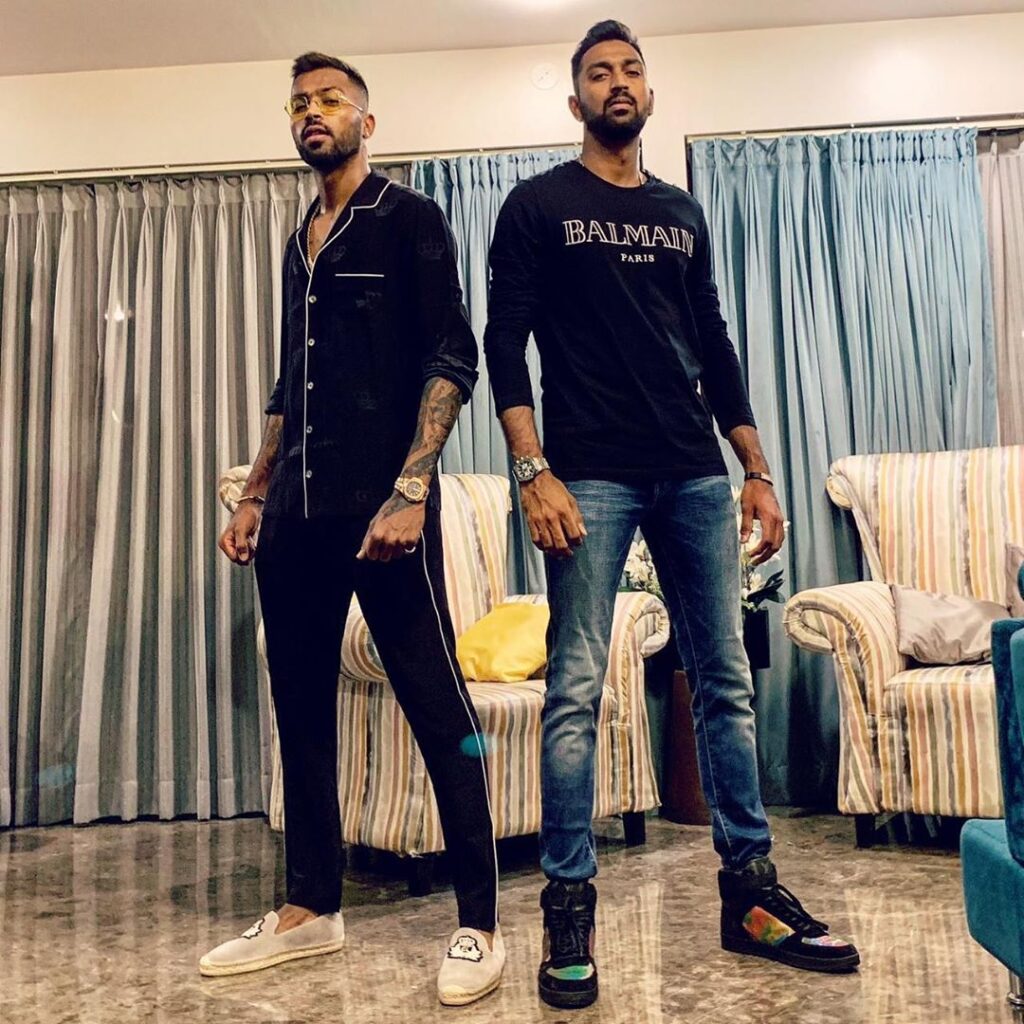