Check out these top 5 catch drops that flipped the whole match! Cricket is one of the most celebrated and exciting sports around the globe. One can never predict beforehand that when the entire match is going to get flipped. There are a lot of factors that are required in a match like, good batting, skillful bowling and sharp fielding, and many more. Fielding is really important as that’s the only chance to resist the opponent from scoring a high rate of runs. Every single catch and run-outs matter in a match. One catch drop can slip off the chance of winning the match from the hands of the team. There have been several catch drops in the past that have changed the entire game.

From the catch drop by Kiran More of Graham Gooch’s shot at Lord’s in 1990 to Marlon Samuels’s catch drop of Martin Guptill’s shot in 2015 ICC World Cup’s 4th quarter finale, there have been many such incidents. There are many catch drops that have led to the huge loss of the team. Some were funny and some were easy ones. But all of them led to a big regret.

Here are the top 5 catch drops in the history of cricket that have changed the whole match.

2: 2005 – Shane Warne drops the catch of Kevin Pietersen in the Ashes Test match.

4: 2014 – Thisara Perera dropped the catch of Rohit Sharma in the One Day International (ODI) match. 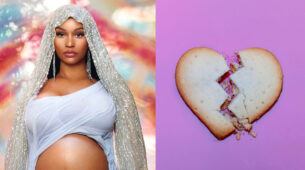