Check out the top 5 skillful goals by Cristiano Ronaldo! 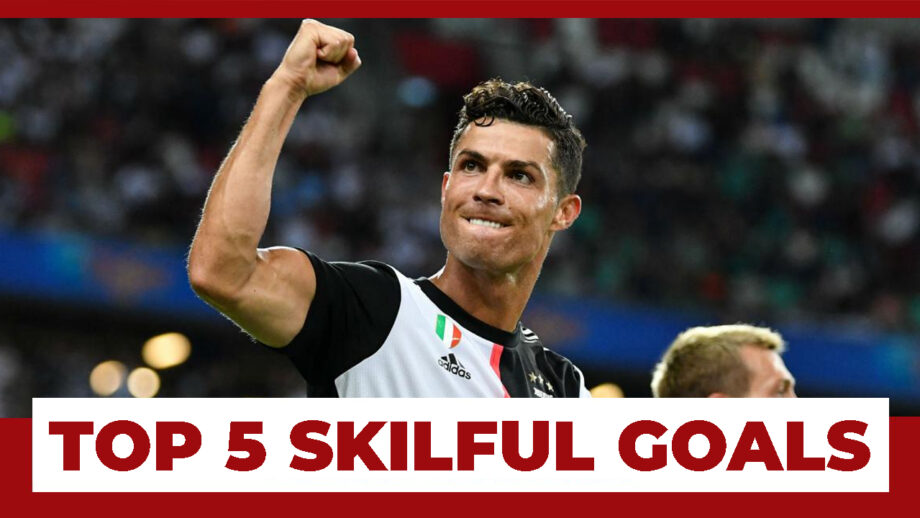 1: In 2012 Real Madrid vs Barcelona, Ronaldo kicked the ball from the middle of the field which made the team win against Barcelona.

2: In 2008-09 Champions League semi-finals, Arsenal vs Manchester United, the player was seen finishing off the match with an amazing counter-attack. Having already scored twice, Ronaldo made another goal in the free-kick.

3: In the 2011 Copa Del Rey Final, Real Madrid vs Barcelona match, the player was playing out of position but, after 70 minutes Ronaldo ended the match with a header against Barca and made an epic goal at the last moment.

4: In 2018 FIFA World Cup, Portugal vs Spain, Ronaldo who already scored twice, ended with a free-kick and got it into the nest with his amazing skills.

5: In 2015 UEFA Champions League Quarter Finals, Real Madrid vs Atletico Madrid, Ronaldo was seen making several attempts to make a goal, but when everything failed, he made a defense-breaking run and kicked the ball. The goal was made in the 88th minute of the match which flipped the whole game.