Akshay Mhatre elated on his show completing a year… At a time when shows are shutting down in a matter of months, Akshay Mhatre is a lucky guy, for his debut Zee TV show, Piya Albela, has just completed one year of telecast. “I am very happy and satisfied. Not only is the show doing very well, but I have also got to play a whole lot of different shades, e.g malanga, sanyasi, bad boy to the swagwala neta. Watch out for the upcoming track as well.”

Dwelling further on the character, he says, “The title itself describes Naren as a fun-loving, carefree guy. In real life I am quite jovial as well, but not as much as him.”

How important is it to balance work and play in the TV industry? “Since we work long hours, it is not always possible to party. So the best thing would be to find our fun in work. Once that happens, monotony never sets in, and you never tire. I thoroughly enjoy my acting process. Post shoot, I like to do my own thing with liked-minded folks.”

Coming to co-stars, he says, “Although we don’t share good on-screen vibes with a few, like my evil brother, yet, we very great friends off screen, full of banter and pulling pranks. I also have great personal rapport with female lead, Sheen Das. This camaraderie translates into better onscreen equations; as we know each other well, we are better able to emote.”

Akshay, who began his acting career with a Colors Marathi show, before doing two Marathi films (Youth and Lose Control), says, “Breaking into the TV industry has become easier, for the number of options (channel and shows) has gone up several notches. Also, the interest level in the profession is up. Having said that, you need hard work and dedication to sustain in the long run, which is no walk in the park.”

Talking about regional cinema, he says, “The Marathi film industry has really evolved over the past few years. Its connect is now going beyond the traditional Marathi crowd, to other language speakers as well.”

“The USP of Marathi flicks is that they are not star-driven, but are content-heavy. A Marathi film picks up by word of mouth and goes on to do good business. Our audiences are very fair. Very few good films have tanked.”

Looking ahead, he would love to reprise his idol Ranbir Kapoor’s   Rockstar character. He would also love to try out acting in web series. “This medium has really grown by leaps and bounds. Since there are no limitations, the makers are free to fly as far as their imaginations allow.” 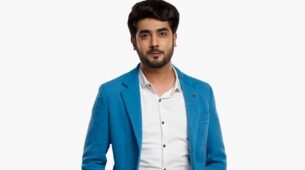 I am privileged to be a part of Indiawaali Maa: Akshay Mhatre