Talented actor Ashita Dhawan, who is playing the comic character of Chaitali in Star Plus supernatural saga Nazar with élan, now wants to explore the stand-up genre.

“I have a very good comic timing and if a big stand up artist like Krushna Abhishek would take me under his/her wings, it would open new vistas for me.  Sadly till now, I have not got any such support.”

She adds, “I had taken part in Has Baliye years back and had won kudos, but never went beyond.  Once, I was also celeb guest in Comedy Circus, Teen Ka Tadka as well.  Post shoot, judge Archana Puran Singh said that she loved by my work but did not say so on the show as I was not a regular contestant. Had she said it would have helped me a lot.”

“While I would love to cut YouTube skits as a showcase, I don’t have the time being busy 9 am-9 pm on the sets of Nazar for over 20 days a month. So, whatever little expressions of   my funny bone side of me are restricted to just uploading Tiktok videos.”

Anyone’s work she admires, “Among younger lot stand- up artists, I admire Paritosh Tripathi’s work. Who does not like Kapil   Sharma and Sunil Grover? Years back I had got a chance to work with Kapil, but could not do it due to personal reasons.  Unfortunately, post that I have never got a chance to exchange repartees with him on stage.   However, being a positive person I know that sooner or later, my day under the comic sun will and till then I have to just keep hustling.”

On an end note, talking about Nazar she says, “I am glad that this show gave me a chance to showcase my lighter skills. Till now I was only doing serious roles.” 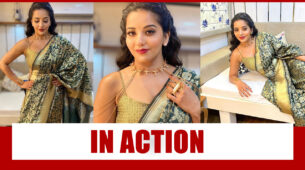