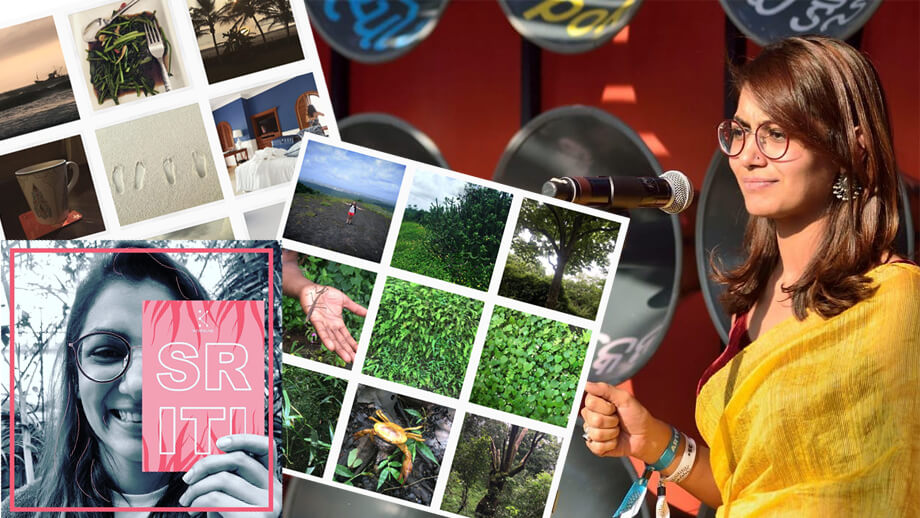 Sriti Jha, or fondly known as, Kumkum Bhagya’s Pragya, has become a household name today. The television actress currently seen in the most popular television show, Zee TV’s Kumkum Bhagya for the last four years has received many applauds for portraying the role of Pragya on the small screen.

This gorgeous & quirky actress is not just into acting but has a varied palette of interests. In fact, she is also a well-trained dancer & can write too.

TV Actress Sriji Jha is a revelation, truly! If you follow her on social media or take a peek at Sriti Jha’s Instagram profile, you won’t just find selfies but a glimpse of her fun personality. And this is why she is the ultimate Veere you will want in your life:

Bibliophile: Scrolling through Sriti Jha’s photos, you will find major space dedicated to her books. She’s a bookworm, alright! Need a book recommendation? Sriti is your guide. She’s the kind of friend you can seek for an advice on life and philosophy.

The ultimate travel buddy: Sriti has an adventurous soul. She’ll be the Veere who will vacation with you in happening cities but also push you to leave the comforts of your home, trek through dirt, set up a camp and explore the unexplored.

No, I won’t stop showing off! #throwback #mumbai

She owns the stage: She has time and again proven her metal as an actress on-screen but she is also a force to be reckoned with off-screen as well. This Indian television actress recently got up on stage to narrate a beautiful poem called “Chaabi Gum Gayi Hai” as a part of the Kommune’s Spoken Fest 2019.

A modern feminist: In Sriti Jha’s TV shows, she may be seen as a meek bahu but in real life, the actress is blunt, speaks her heart out and is a feminist. She even gives shout-outs to her gal pals. Forget catfights, Sriti is all about #GirlPower

Happy birthday best Bhartiya nari Best bookish person Thank you for always being so encouraging and absolutely adorable I love you so much!!! @sharinb you’re lovely ???? Also I am so proud of you guys right now at JLF!!! Hence the proud faces

And dinner with these beauties

Rocks the No-Make up Look #LikeABoss: While social media is all about filtered looks and glamorous avatars, Sriti Jha is not afraid to go bare faced. And when you have a buddy as confident in her skin as this one, you absolutely do not need an outsider’s validation.

Sriti jha proves she’s the only veere you will need in life! Go follow her on Instagram now, you won’t regret!