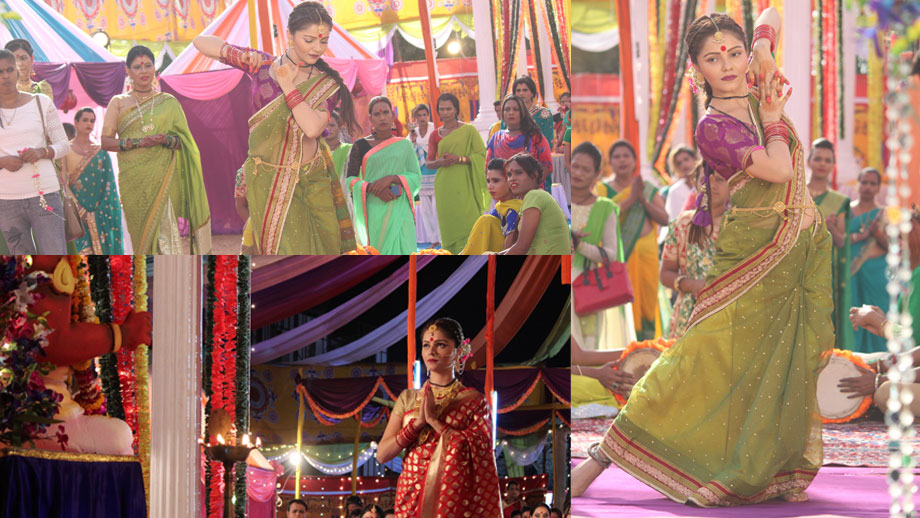 Fighting societal norms and hoping to give kinnars a life of dignity, COLORS Shakti… Astitva ke Ehsaas Ki has been reigning high with its engaging narrative. Featuring the much loved Rubina Dilaik and Vivian Dsena who play the protaganists – Saumya and Harman, the show is now exploring a new track that threatens the foundation of their very relationship.

Testing the depth of their love is Saumya’s decision of participating in the Aravan Puja. Having accepted Saumya the way she is, Harman is against this puja that highlights old traditions of the Kinnar community. For this immensely critical sequence, 70 real kinnars have been roped in to maintain authenticity and portray the scene aesthetically. Moreover, the makers of the show have even selected a beautiful outfit for the very glamorous Rubina. She will be seen draping a rich, red Banarasi saree – inspired by the one worn by Anushka Sharma for her own wedding.

Rubina Dilaik, who portrays the character of Saumya elaborated on this saying, “Symbolic of a marriage to the Aravan God, the puja is a landmark ritual for the Kinnar community wherein they pray to be born as women in their next births. Saumya wants her relationship with Harman ji to last for all eternity but little did she know that this puja would in fact threaten the love and respect that he already has for her. Shooting with the extended cast has been both challenging and inspiring in its own way, it was definitely one of the most crucial sequences we have shot for thus far in the show. ”

To know more, tune in to Shakti-Astitva ke Ehsaas ki every Monday to Friday at 8PM only on COLORS