Let’s see how well do you know your favorite internet boyfriend, Priyank Sharma In the age of digital media, influencers and youtubers have completely taken over the Gen-next. One such teen heatthrob that continues to take the internet by storm is Priyank Sharma.

With cutting jaw, sweet dimples and charming personality, Priyank Sharma had girls and guys instantly fawning over him when he first arrived on MTV Splitsvilla as a contestant. Since then there has been no looking back for this internet sensation. His massive social media following is a testament to his craze among his fans.

Following the dating reality show, Priyank was then seen in Bigg Boss which only led to his increase in popularity with the general public. His latest venture saw him diving into digital space with teen romantic drama Punnch Beat. And if you are one of his million fans that think they know the actor inside out, here’s a chance to put your true knowledge to test;

Even though he became known after his stint in Splitsvilla, do you know which show
Priyank actually made an appearance in before?

You know very well that the guy loves dog and has one himself. Can you guess the dog’s name?

Being a choreographer himself, Priyank shares an impressive relation with this classical music maestro. Do you know who?

Priyank’s sister shares his name with THIS Bollywood actress!

The actor also did MTV Roadies but could not win unfortunately. Do you know whose gang did he belong to?

Now if you are truly a die-hard fan of Priyank Sharma, you should answer these questions in an instant. Good luck! 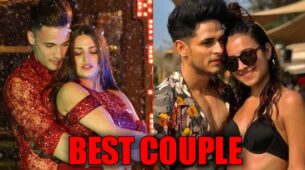 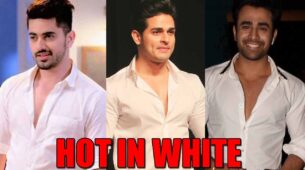 Bhasoodi Vs Raanjhana: Which Is Your Favorite Hina Khan's Youtube Song? Mohsin Khan Vs Pearl V Puri Vs Priyank Sharma: The Star You Want To Go On A Date With