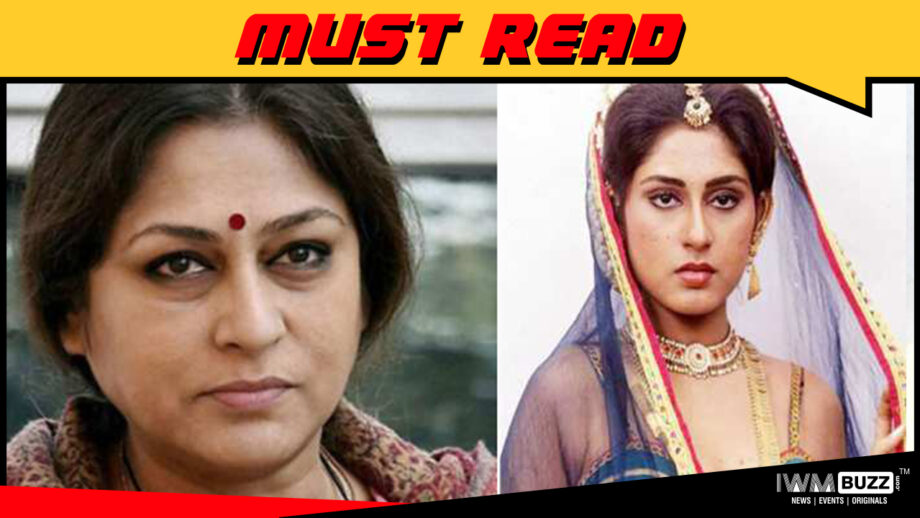 2 October 1988 and 22 May 2016 are two dates etched permanently in actress-activist-parliamentarian Roopa Ganguly’s life.

“On 2 October 1988 began the telecast of Mahabharat where I played Draupadi. How was I to know that was just a rehearsal for what happened on 22 May 2016 when I was attacked at Diamond Harbour (near Kolkata). I was beaten to the ground by a large bunch of goons, my saree was torn off (a la Draupadi). My head was repeatedly banged against my car. Did they mean to kill me? Maybe not. That would’ve created stink for Mamta Banerjee’s government. But they meant to leave me seriously injured.”

Roopa, a self-declared firebrand, remembers being worried about the safety of her convoy. “There were women with me. And while I was being brutally thrashed I kept gesticulating to them to flee. Later when I was left for half-dead I drove myself to the hospital while my female companions gave me direction. I couldn’t see through my eyes. I’m still partially blind in one eye.”

But the wounds inside are much deeper. “When a woman is subjected to physical violence she is scarred forever. I had welters and black and blue bruises all over me. Those healed. But the pain and humiliation within remains. I remember feeling doubly concerned about the rape victim for whom I was fighting for justice. She was one of the reasons why I was attacked. If I was not safe, how could she be safe?”

Roopa Ganguly has always been a vocal protestor against injustice. “That’s how I was brought up. Even before I played Draupadi I spoke up against injustice. I was so mooh-phat(outspoken) that my family feared for my wellbeing. They still do.”

Post the incident at Diamond Harbour, Roopa was provided security. She also got instated as a Rajya Sabha member which she finds in some ways constraining. “Earlier I was free to take on any situation that I found unjust in any way that I wanted. But now I gave to work within the parameters prescribed by parliament.”

But Roopa isn’t complaining. “Life is what you make of it. When I got the offer to play Draupadi in B R Chopra Saab’s Mahabharat I was already doing very well for myself in Bengali cinema, working with the best of directors. So in Bengal I am not known for playing Draupadi alone.”

However, Roopa whose performances in Gautam Ghose’s Padma Nadir Manjhi, Aparna Sen’s Yugant and Rituparno Ghosh’s Antar Mahal are still talked about, admits being offered to play Draupadi in Mahabharat was a highlight in her career. “I still remember when the offer came to me through a director-friend. I was flown to Mumbai and for the first time in my acting career I did an audition. After the audition, I was taken to meet ‘Papajee’ the great the patriarch of the Chopra family Mr B R Chopra.”

Once the shooting for Mahabharat started there was no time for anything else. “I was looked after like a queen. I was paid a basic fee of only Rs 3000. But everything during my visits to Mumbai were taken off, from hotels to taxis to food…They looked after me like my own family.”

Doing the the vastraharan sequence was not easy. “I actually fell to the ground and I was dragged across the floor . Vinod Kapoor who played Dushasan was petrified of hurting me. But I was determined to keep it as authentic as possible. After the sequence was shot I couldn’t stop crying.”

Roopa is a born crusader. “I must have been Draupadi in my real life. People gravitate towards me with their problems. In my home I’ve two cupboards filled with letters from aggrieved souls. Some day I hope to solve each one of those problems.”

She won’t allow herself to be disheartened by the lockdown. “If I ever feel stifled at home I only have to look at the thousands out there who have no homes, no food, nowhere to go.”