Indianwikimeda gets chatty with the Punjabi munda Prince Narula, winner of Bigg Boss 9 is quite happy with his ongoing & TV show Badho Bahu and he seems elated with the response. “I am having whale of a time for I am getting to play around with various emotions be it happy or sad.  Plus I am getting to show my wrestling abilities on screen as well,” says this former grappler who began his TV career with Mr Punjab on ETC Punjabi.

Prince, who has done an acting course, is getting better with each passing day on first fiction job.” We learn newer stuff on a daily basis.  Also doing reality shows (Splitsvilla 8 and Comedy Nights Bachao etc) makes you camera confident.”

Prince adds that that he is happy that Badho Bahu is doing well , “We are getting appreciation across North South divide as the show is being aired on a regional channel down South as well and even that is doing well.”

Here, Prince could not help but take a dig at bigger channel Star Plus. “A show which started alongside us could not sustain while we have gone on to become number one on the channel. This shows the talks of big and small channels does not hold water, on the contrary making a show tick on newer channel is a bigger ask and I am happy to have been able to walk the talk.”

We then ask Prince the most pertinent question, has he been lucky to have shone after Bigg Boss as most winners of the above reality shows have disappeared since then. “I will say that those who are able to keep their head above the water and not get carried away by the short glory eventually sustain. Besides the above show, I am also judging MTV Roadies Rising, cutting a single (two more are in the pipeline) and also might be doing Punjabi films. There is ample work out here, you just need to search right and put in your best.”

Talking about Roadies, Prince says, “It is a matter of great pride to have returned to the same show which first gave me fame as a contestant. I got love and respect courtesy my tasks there.”

He does not think that some of the question-answers sessions are unnecessarily aggressive.

“We ask simple questions but there is wrong notion that if you say unacceptable stuff like I slapped my mom etc, you will get it back on the show, hence we need to come down heavily on such over smart Alexs.” 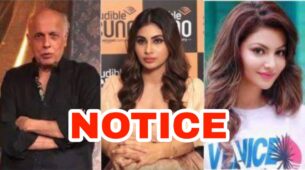 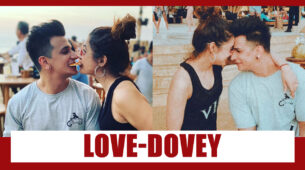