“Like any father would be, I am excited and over the moon. The trailer has been received positively, and Ishaan, who debuted with festival film, Beyond the Clouds, has been described in superlative terms.”

“He won the best actor award for Beyond the Clouds at the Turkish Film Festival and not the best newcomer, so he has already established himself as an actor. Now we are all eagerly waiting for D day, for however good an artist you are, it finally boils down to the janta janardhan who makes an actor into a star,” says Rajesh, who is currently playing an important role in Colors show, Bepannaah.

Although Rajesh is separated from ex-wife, Neelima Azeem, he is very much a part of their son Ishaan’s life. “We were never disconnected. I was always part of his every major decision (buying a new house or car). Agreed, he might be closer to his mother as he stays with her, but he knows I am always there when he needs me. A child is the most prized possession for any parent,” emphasizes Rajesh, who is currently married to Vandana Sajnani.

So how much pressure is Ishaan under? “Luckily, my self-confident kid knows that he does not need to compete with anyone but himself. He sounds us out for advice but eventually follows his own instincts.”

When asked about the nepotism question, an indignant Rajesh fires back, “Both Ishaan and his half-brother Shahid (Neelima and Pankaj Kapur’s son) have got here only on merit; they don’t have superstar parents. Iranian film director, Majid Majidi, did not even know who Ishaan was when he took him in Beyond the Clouds. Similarly, Dhadak producer, Karan Johar, will not take any random actor with a known surname, for crores are riding on his project. Out here, no one indulges anyone. You are picked on merit and the maker’s hunch that you have the acting chops.”

In closing, Rajesh re-iterates, “Talent alone works here. Even if some big names do launch their kids, they are on their own in their subsequent flicks. Have not big star kids failed the important popularity sweepstakes?” 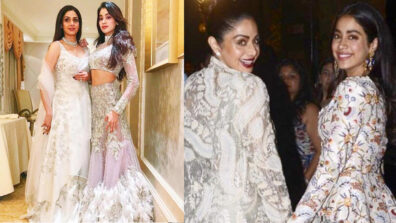 Sara Ali Khan vs Jhanvi Kapoor: Who is more inspiring? 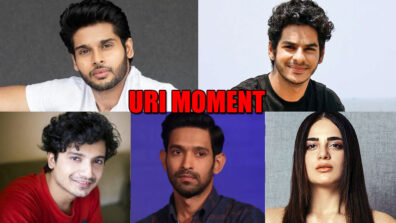