Talented actor Manish Wadhwa, who has impressed audience with his inspirational role in Peshwa Bajirao, says it took time for him to get into the skin of Kans in his upcoming show Paramavatar Shri Krishna on &TV.

“While doing Balaji, the production team told to leave the Gym, so I left. Now, I had to join again to build physique for my new show. The production team explained that they needed the cunning smile and not the happy smile from Kans. It took time to get into the negative role after portraying a positive and inspirational character Balaji,” shares Manish.

He continues, “I believe we human beings have both positive and negative energy in ourselves. I feel the audience will connect with my character Kans as they have seen me in both the avatars. Displaying one’s dark side to anyone means you are taking them into a positive zone. Whenever, we hear any speech or spiritual songs then we don’t get attracted. However, if we hear any negative thing from any person, we tend to listen more carefully.”

As there have been a lot of shows around Lord Krishna and also many actors have portrayed the role of Kans. Hence there will be comparison so is he ready for it, Manish avers, “I am ready for the comparison. I have done roles earlier that many actors have already portrayed so I am open for the judgment. I feel any actor, who takes up any particular character, he tries to put in his input and deliver audience a new avatar of the character. We already know about historical and mythological characters so there are fewer things to be added in it. But I believe the way you portray your story or character differing from others is more important.”

We wish him luck for his new project! 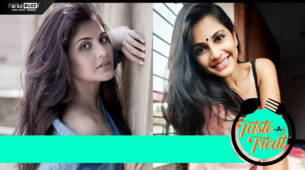