The Star Plus hit show, Yeh Rishta Kya Kehlata Hai, is no doubt one of people’s favorite shows. Spanning over a decade, and completing 3000 episodes, it is one huge show that has gathered fan following ever since it first aired.
Most shows would not have been able to hold out for an entire decade. Yeh Rishta Kya Kehlata Hai has not only done that, but it has also managed to increase its fan base with every season!
From an amazing star cast to a great script, and from social issues and awareness that the show aims to broadcast, to the amazing on-screen chemistry between Kartik and Naira, each aspect of the story is just bang on.
With 5 seasons in total, the show is a massive hit and it doesn’t seem to be stopping any time soon.
Starring in this show are some of the biggest names in the Hindi TV industry, such as Hina Khan, Shivangi Joshi, Mohsin Khan, Swati Chitnis and more, and till date, the show still doesn’t feel tired entertaining millions of its fans.
With TRPs always on the rise and viewership that is increasing by the minute, this show is surely one to watch out for.
Yeh Rishta Kya Kehlata Hai successfully completed 3000 episodes.
And on this occasion, we asked Yeh Rishta Kya Kehlata Hai fans to write letters to their favorite Kartik and Naira.
And as fans never disappoint, they came up with some amazing letters. Below we have mentioned our winners along with the letters they wrote to Kartik and Naira. Have a look.
Enjoy! 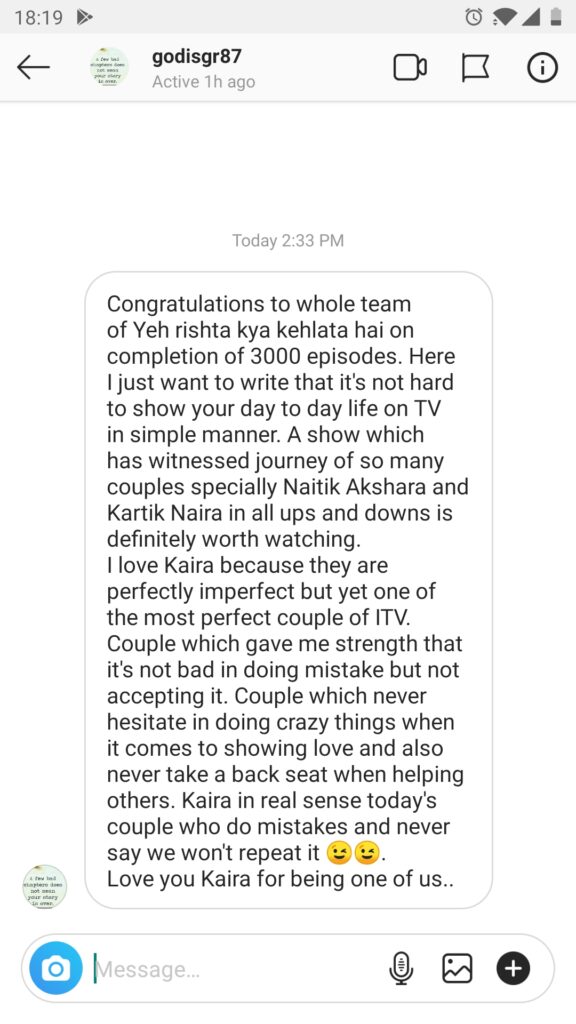 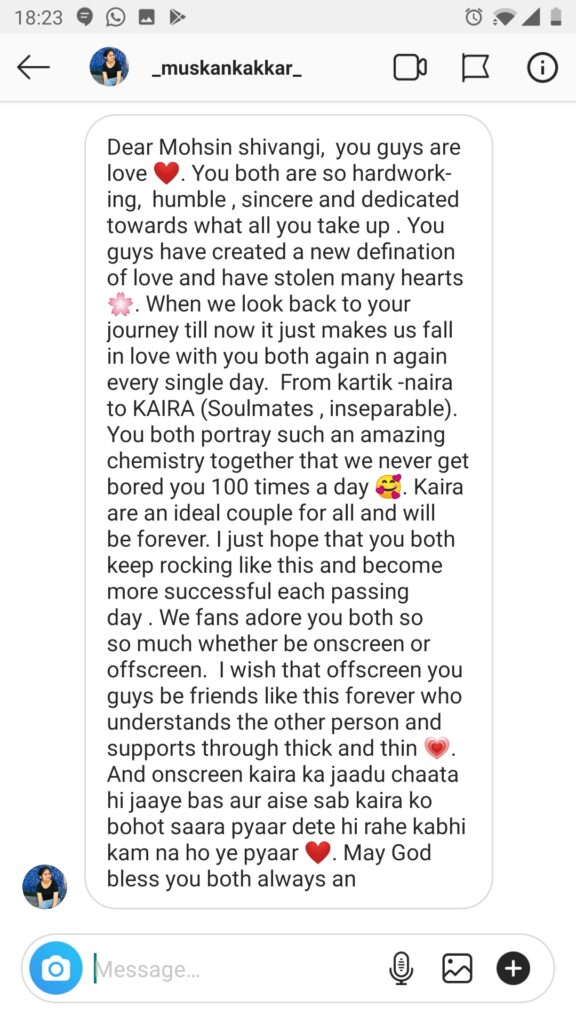 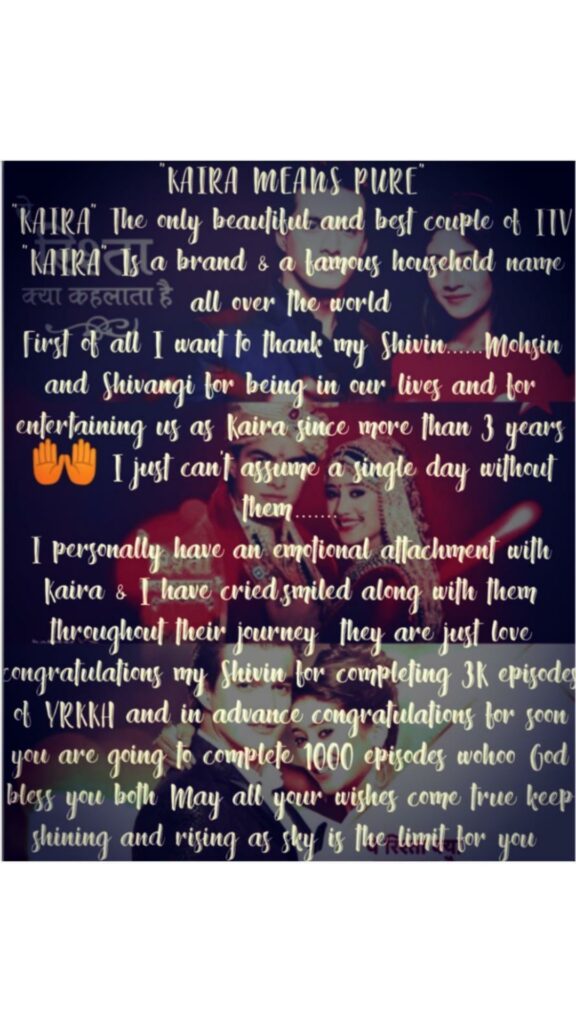 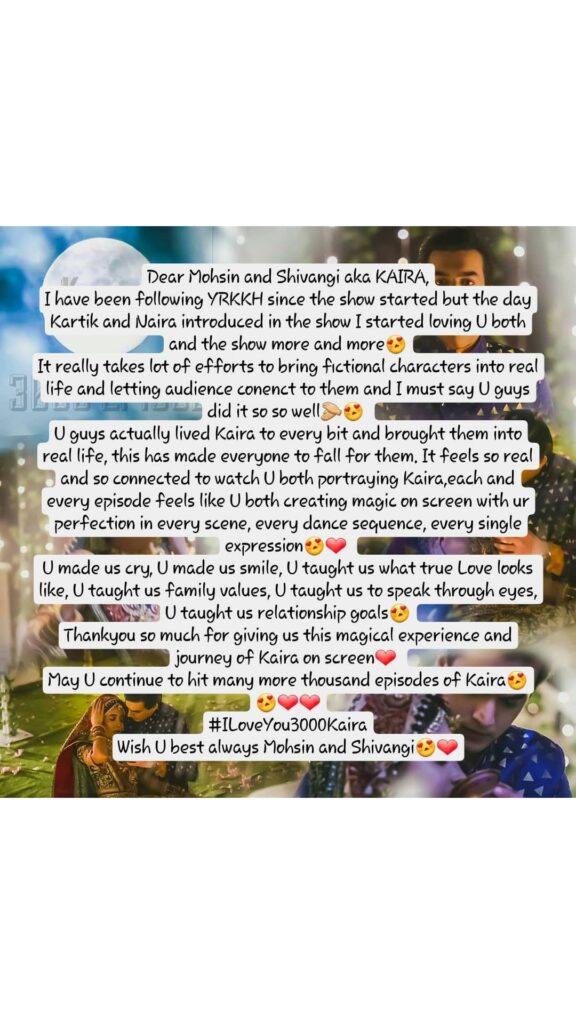