Manish Goplani talks of his recent accomplishments and on the road ahead... Talented actor Manish Goplani, popularly known as Bihaan of Indian TV recently had a fabulous time shooting in Indonesia for his show, ‘The Man from Bekasi’… Though his shoot expeditions in the land of Indonesia will continue, Manish looks eager to get back to the grind on the small screen!!

Talking about his Indonesia trip, Manish avers, “I loved shooting at Indonesia. People out there are very nice. I met few of my fans in the airport. I am planning a ‘Meet and Greet’ with my fans the next time I am in Indonesia. Apart from that, I enjoyed my time with underwater diving, snorkeling etc.”

After doing a long series in Thapki Pyaar Ki, Manish holds interest in being part of the finite series. “It is not that I don’t want to do the daily soaps. But I will want to be part of the more realistic finite series. Also, I am game for the web series too.”

On his learnings, Manish explains, “I now have a clear idea of what people expect of me. So I am working on myself. For the last two years, I was rough as Bihaan. Now I am changing myself. I want to do something new.”

Manish here confides that his fans want to see him being part of a supernatural series. “Well, with all the feedbacks that fans send me, I believe they want to see me with supernatural powers (smiles). If you ask me, I will not mind doing such a role.”

Manish and his passion for music go together. “I love to listen to all kinds of music. Music gives me enthusiasm, paves way for me to relax and chill out.”

The actor who has a lot of fan following will very soon give a special surprise to his fans. Manish has recently sung for an Indonesian number ‘Hanya Kamu’ which means ‘Tum Ho’. “In Indonesia, I was asked to sing for a musical video. I have recorded the song and it has come out really well. I now need to shoot the video for the musical in Turkey, which will happen soon. The song has come out very well and I hope the video too comes out well. This will be a great surprise for my fans to see me singing.”

Manish, wish you all the very best!! Why is Sushant Singh Rajput so famous in Indonesia? Why Are Indonesians Crazy About Erica Fernandes? 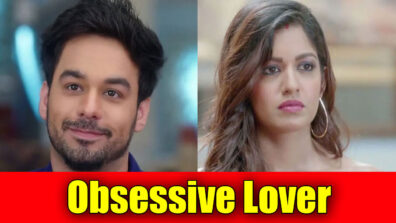