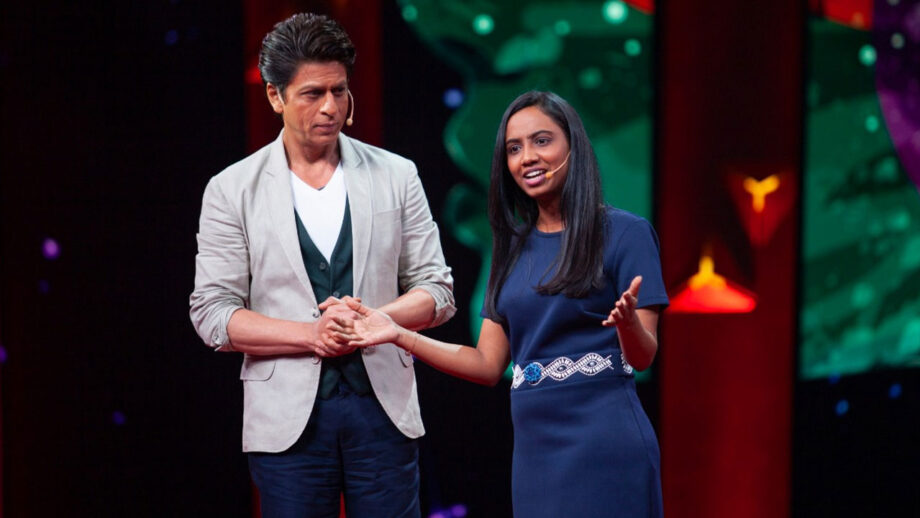 Star Plus is back with the second season of TED Talks India Nayi Baat that will showcase speakers from different walks of life and in a way are change -markers. The season kicked off on the 2nd November and now it’s all set to enter its third week. The theme of the upcoming episode is ‘Bharat Ka Better Half’ which will see researcher Manisha Mohan presenting her ideas in order to make a difference.

Manisha Mohan, is alumni from MIT who has raised her concern about Women’s safety. Being a researcher, she has developed ways in which women’s safety can be taken care of. In the field of technology, she suggests wearable technology stickers like device called “intrepid” that can detect, communicate and prevent sexual assault. She is also in the initial stages of developing the “Beautiful Me” foundation for acid attack women.

Shahrukh Khan who has always been an avid speaker and a supporter for women safety feels that before things solidify and crack, necessary measures should be taken. Expressing his emotions, Shahrukh asserted, “What is the importance of being a woman? We need to become a country where we are not made to sit quiet but to speak our minds and are respected. Even today in 2019, we are away from gender equality but hawa badal rahi hai and we collectively need to hear them. I am concerned about victims as they know they will suffer if they say No. But I think your technology will help them to at least take that step towards fighting for themselves”

He questions “Is there anything women can’t do?” to the audiences leaves them baffled and giving them something to ponder upon with.