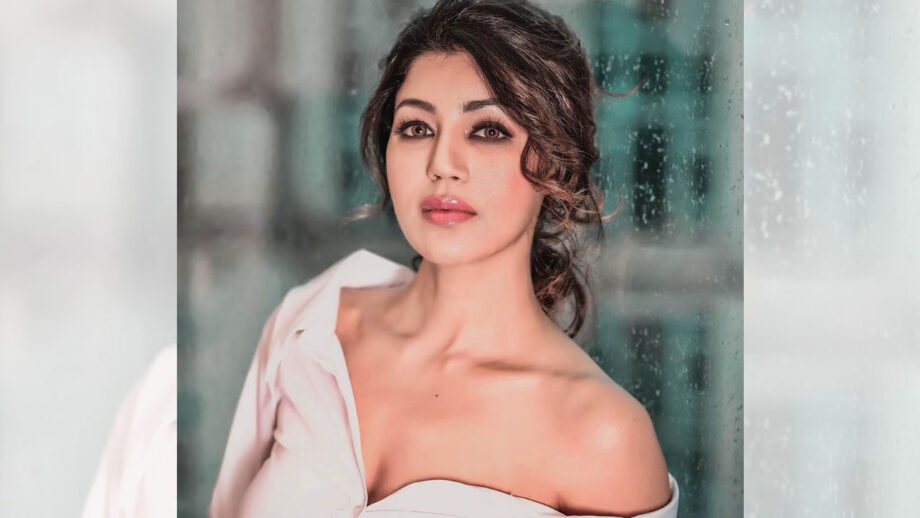 Debina Bonnerjee is very happy with the run of her Colors limited series fantasy show, Vish.

“I got a chance to play so many different sub-characters and getups (banjara, beggar and a Muslim lady in a hijab). Also, normally most negative characters are not so well etched out, but here Sabrina as an icchadari naagin was holding everything together, for, the genre can see things going all over the place.”

“Given the VFX part, I really had to be all there, letting my imagination run riot, i.e. having to deal with other characters who were not there. I would often be all alone in the Chroma room.”

Debina was also very happy that this character gave her a chance to show her beautiful feminine side. I am thankful to the channel for having confidence that I will really be able to carry off all outfits with grace.” Her well-known shows have been Ramayan, Chidiya Ghar, etc.

“Hubby Guru (Gurmeet Choudhary) has been gung-ho about the character right from day one. He really likes the fact that I was able to bring out various emotions of love, romance and flirtatiousness.” Here, Debina accepts that the ratings of Vish were not great. “Guess you could attribute it to the non-exciting 10.30 pm daily time slot and also lack of promotions. Today, marketing and PR play a very important role in any show’s success.”

“Having said that, whoever saw the show was very impressed with my work. I was often praised for having nailed it. It feels nice to be told that fans watch the show just because of you.”

“I personally also feel that Vish has seen me make a quantum leap in my growth as an actor.” Looking ahead, Debina will soon be busy in Navratri, after which she will take a break. “Only post that will I decide about making a comeback to acting, either on TV or on the web.”