In real life, I would not have shared my man: Priyanka Purohit | IWMBuzz
Subscribe Now
Television | Celebrities

Priyanka Purohit who is seen in Sony SAB’s Kya Hoga Tera Alia gets into a conversation on her character and scope. 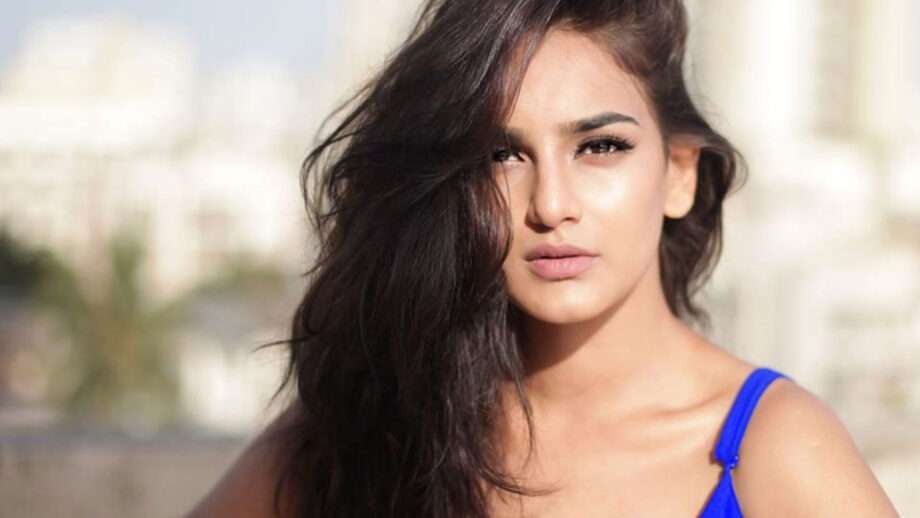 Priyanka Purohit, who is a part of the one man-two women Sony SAB show Tera Kya Hoga Alia, claims that she would have put her foot down if she was to be in a similar situation.

Says Priyanka, “I am a one-man, woman and I will not tolerate anyone else getting cosy with my partner. At first, I would have ignored the other woman, but beyond a point, if my man refuses to choose between us, I would walk out on him.”

Talking about the story, she says, “My character has grown a lot from being a girl who only wanted to teach English to Alia (Anusha Mishra) to throwing Alok (Harshad Arora) on to her. No wonder Tara too falls head over heels and now wants Alok all for herself.”

“The best part is that we both gang up when any third woman tries to poach in our territory. Poor Alok has become a sandwich, between us,” quips this gal who first began with Splitsvilla. Since then she has done shows like Krishnadasi, Aap Ke Aa Jane Se, Half Marriage.

Priyanka is also happy with her look. “For the first time, I am getting to grace the eternal Indian outfit (sari). I am fortunate to have an avatar, which is not only very sexy but also graceful as well.”

“We are happy, for our ratings are on the rise, it is a team effort. We are also getting to play with different tracks every week.”

“This show will take my career to a new high, for I had never tried the sitcom route before. I was very tired of this rona dhona (cry mania). But here we even dwell on others’ emotions beyond the light-hearted stuff as well, eg, when Alok tries to drum some sense in us,” she ends.