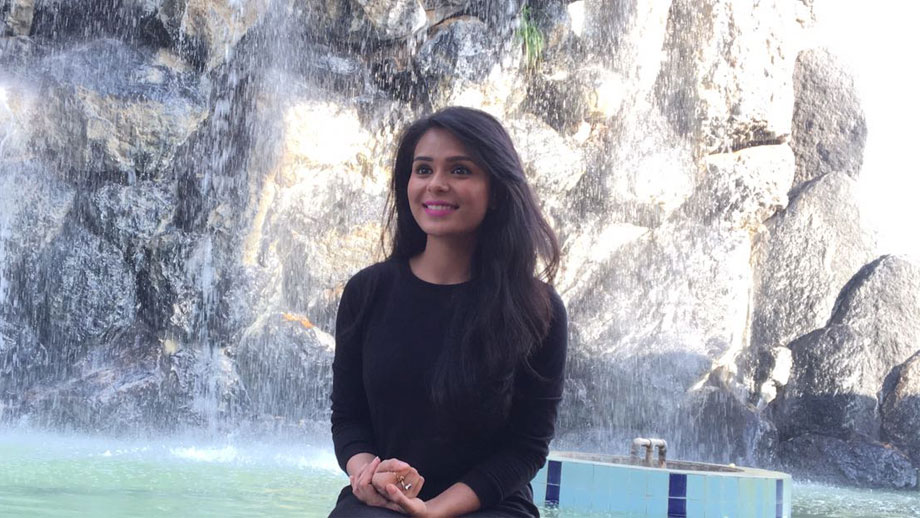 Talking about her role in the show, she avers, “My previous show wrapped up and I was almost finalized for Star Plus’ Naamkarann. However, things did not work out and I had to let go the offer. I was never called by Shakuntalam for audition. I learnt that they were doing a show and as I did a daily (Shastri Sister) with them, I decided to go for it. They refused as they wanted an elderly looking girl. I was too young for the part. I requested them to at least let me audition as I was okay playing an elderly looking character provided it’s a lead role. I auditioned for it. I got selected and later they called and told that they changed the storyline and plot. I was happy with the new concept as this role of Mandira was really exciting.”

She further adds, “I was initially skeptical because the show is a political drama. It is mostly going to revolve around the male characters of the show. However, after the changes in the storyline, I am confident that I have a meaty role in the daily. My character is also equally important and I see my graph in the show growing positively.”

So apart from the role, usually what aspects she looks into before taking up any show, she says, “Production house is the most important thing. I believe it is very important to be with good people and work around them. I am blessed that I have worked with best of production houses with whom I had cordial relationships. Co-actors are also equally important. Bhanu Uday is an amazing co-star. He is very experienced but yet very sweet and humble.”

Finally, she requests fans to watch her show as it has just started beaming on TV screen. She has received all positive feedback for the show and her role motivates her to do better every day.