Vaishnavi Dhanraj, who is essaying the lead character in Rishtey social message show, Navrangi Re, is ready to give love a second chance after her two year old divorce from model actor, Nitin Sahrawat. “So far, I have not met anyone who makes my heart skip a beat, but yes, if he does come my way, I will give it serious thought.”

“Being a positive person, I always take home lessons from all past experiences, be it work or personal life. And my failed marriage is no different. Rather than blaming the situation and the other person, I preferred to evolve, and have come out a much stronger and more independent person than ever before.”

Talking about Navrangi Re, Vaishnavi says, “It is very important to spread the most important public health slogan of sanitation.” When asked about the lack of hard-hitting points in the first two episodes, she says, “Understanding the TV medium and the light-hearted genre, we are slowly preparing the audiences for strong doses, which will come down the road for sure. My IAS studying character, Chitralekha, along with reporter Vishwas (male lead, Aamir Ali), will bring about much-needed changes in the lives of the Navrangi mohalla folks, but in a nice polite way,” says Vaishanvi, who had also enacted the role of Delhi rape victim, Nirbhaya, in an Aaj Tak social awareness series, Satyagraha 2014.

Vaishnavi, who has been around the small screen for years, is happy to have finally got a lead role. “Prior to this, I was also the lead in Na Aana Is Des Laado, but yes, that whole Colors show was focussed more on Ammaji (Meghna Malik). Then I went on to do negative characters in Madhubala and Beyhadh. I really enjoyed my selfish Bepannah bit. Agreed it won’t be easy to jump from negative to positive, but I am sure that I will be able to pull it off.”

Point out that Bepannah fans are very hurt at the show going off air and are demanding Season 2, and she says, “It is a natural reaction given that the fans were so connected. Not only them, even we were upset when we first heard the off-air news. While I have no info on season 2, getting so much love is acceptance enough of our hard work.”

Looking ahead, she would not mind doing web series as well. What about going dare-bare, as the digital format seems to require? “I might be ready for some level of nudity if the role is juicy and the boldness is not added just to win eyeballs.” 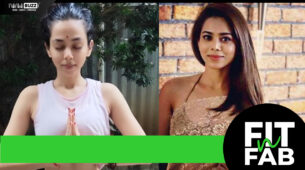 Consistency in working out is the key to good health: Vaishnavi Dhanraj 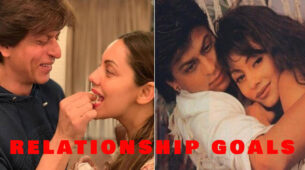