She is an actor to reckon with in the future. Rhea Sharma has played every role she has landed with the same finesse and we cannot applaud her enough. We often hear of actors preparing for their versatile roles and characters based on what the directors demand and the latest name in that list is of television actor Rhea Sharma, our very own Mishti from Yeh Rishta Kya Kehlata Hai.
Rhea Sharma, who is famous for her character of Kanak in Tu Sooraj main Sanjh Piyaji, went through a drastic transformation for her character in Yeh Rishta Kya Kehlata Hai as Mishti and we are loving every bit of this transformation that is bringing the character of Mishti to life. 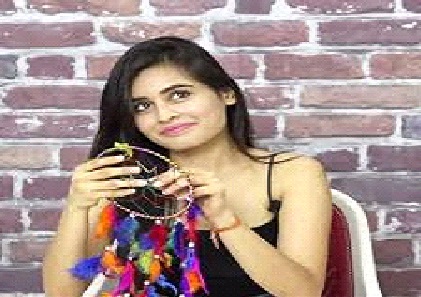 According to the demand of her earlier character as Kanak, she played a role of a headstrong girl, with much confidence and poise. Few actors can change their skin as their clothes and Rhea is one of them. To play Mishti’s character, Rhea transformed herself into a softer young girl who is opinioned but doesn’t like to share it openly. She is now about to get married and everything is going to change for her. As Naira’s cousin, Mishti’s character is like a ‘girl next door’, who’s very independent and confident about her wishes.

When asked about her transformation from Kanak to Mishti, she admitted it was tough. She had to change her body language, dialogue delivery, attitude and much more, to be able to do justify to Mishti’s character. She prefers taking challenging roles and delivering them will full grace and hence this role was something she more than happily devoted her time and efforts to.

Remember the cute, bubbly girl played Sakshi’s friend in the biopic ‘M.S. Dhoni: The Untold Story’? Even as a supporting character she definitely left her mark in the movie.

We get it! Rhea Sharma is one versatile and talented actors, who can rule our TV screens with her charisma and acting skills and we couldn’t love her more than we already do.