Shaikh had a sudden heart attack… A sad day for the television industry.

Shaikh M. Shabbir, who served as the Executive / Supervising Producer of the popular show on Zee TV Jamai Raja passed away today after suffering a heart attack.

He has been part of the production team of 24 Frames and Film Farm earlier.

He was presently working for Producer Smruti Shinde, daughter of Sushil Kumar Shinde for an upcoming Marathi show.

Shaikh was in Kolhapur for the recce work of his upcoming show. After completing the task, he along with his colleague was on their way back today when he had the heart attack.

As per a credible source, “Even before he could be rushed to a nearby hospital, Shaikh breathed his last.” 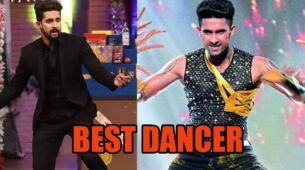