And that is the case with ‘Shriman Shrimati’, the hit show of the nineties, 1994, to be precise. This crazy caper, of two couples living next door to each other, was so well-loved by audiences back then, that it is still fresh in the minds of most viewers, albeit, of that particular age group.

It’s roaring popularity in the bygone century, and the current success of its doppelganger, Bhabhiji Ghar Par Hain, has now prompted the original producers– the Adhikari Brothers– to bring it back in a more contemporary avatar, in the form of new Sab TV show, Shriman Shrimati Phir Se (BBC Worldwide Media).

We always knew that Shriman Shrimati was the object of abiding audience adulation. This fact was further substantiated by the way social media went into a tizzy, merely by the announcement of a remake in the offing. Audiences, wild with anticipation, waited with bated breath for the launch of the remake. And then the cork was off, and we all got a taste of this old wine in a new bottle.

And as we, at IWMBuzz.com, sipped, swirled, savoured and swallowed this wine, here’s our true-blue review of Shriman Shrimati Phir Se, straight dil se!

Nostalgia is a very powerful thing. It is a seductive liar that makes us look upon the past with rose-tinted glasses, and the present, with jaundiced eyes. Therefore, at the outset, we would like to assert that if one has the nerve to reprise a show that is steeped in the rosy hues of nostalgia for its legions of fans, that has ruled the hearts of millions, you better make it superior than the original. Or get ready to fall flat on your face. And therein lies the crux of a successful remake.

However, Shriman Shrimati Phir Se is miles away from coming anywhere close to this premise. It is distinctly lacking in everything that lends a show the kind of superstardom enjoyed by the 1994 tour de force. Style and substance, flourish and finesse, polish and panache– nay– all these, omnipresent in the original, are sadly missing in the remake.

The screenplay and dialogues of Shriman Shrimati Phir Se are exactly the same as the original– scene for scene and word for word. Save for a few lines, cut here and there, a prerequisite to make the current show crisper than the original, everything is exactly the same- the settings, the plot lines, the point at which an episode starts and ends- everything. Even the writer and director of both are the same- Rajan Waghdhare is back as captain of the ship in the remake as well, while original writer, Late Ashok Patole, is given credits for writing the show.

It’s not that this recreated version is bad. In fact, it is pretty good, eliciting chuckles where intended, and even a guffaw or two, for good measure. It captures our attention and holds it till the end of every episode. It soothes and calms, not in the searing, passionate way of potent vodka, but in the warm, embracing way of a hot cup of tea on a cold winter afternoon. Yes Milord, Shriman Shrimati Phir Se is good, no doubt.

But it suffers because of an age-old malady– the inevitable comparisons with the original– the bane of every remake’s existence. In the world of entertainment, very few remakes have succeeded, and lived to tell the tale. The same is true with the subject of our review. It is well made and brimming with earnest honesty of talent and creation. And yet, when judged through the lens of nostalgia, we have to admit, it is nowhere as good as the original.

Well, let us tell you that every member of the ensemble cast of Shriman Shrimati Phir Se has acted really well. And yet, none is even a patch on the original. Comparisons,  comparisons……the bête noir of the remake. Interestingly, Jaspal Sandhu, who played Mr Dalal in the original, plays the same role in the remake too. He does not seem to have aged even a bit, looking remarkably similar to his 1994 self. Smart move, director saab!

One more thing- the seminal Shail Chaturvedi had played the role of Keshav’s boss in the original. And they just don’t make them like those anymore. Hence proved!!

IWMBuzz.com appreciated the efforts of the entire team of Shriman Shrimati Phise Se, and credits 3 out of 5 stars!! 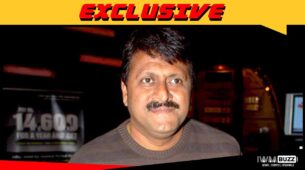 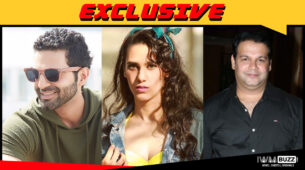