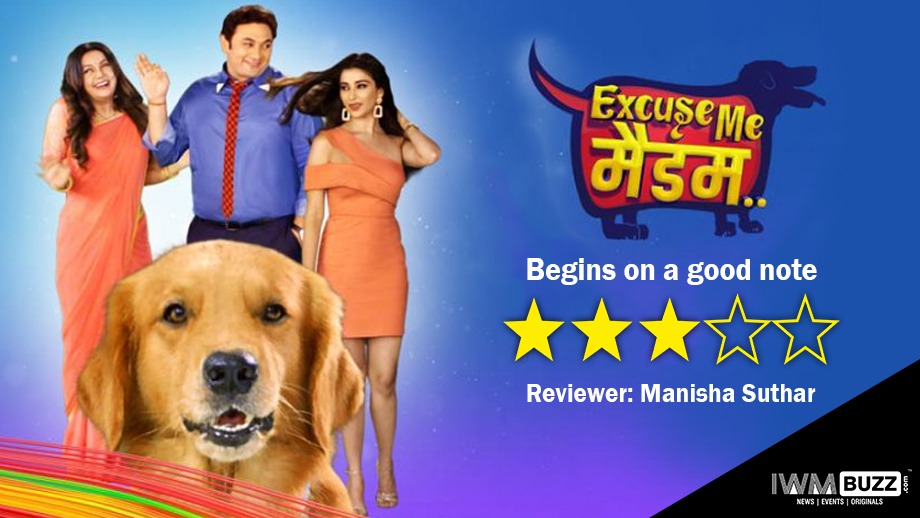 Benaifer and Sanjay Kohli’s Edit II is known to master in the comedy genre. It takes a special kind of talent to consistently tickle the funny bone of audiences, with a host of different stories. After Bhabhiji Ghar Par Hai and Happy Ki Ultan Paltan, it is for this very reason that Star Bharat’s new offering Excuse Me Madam is a new attempt at humour.

Excuse Me Madam is based on the lives of three unique characters, Sanam played by Rajesh Kumar, Kranti played by Sucheta Khanna and Madam played by Nyra Banerjee. It’s a fun story revolving around Sanam who falls head over heels over his Madam. It takes its audience on a ride of laughter, strange happenings, accidents, coincidences, hits and misses, desires, failures and above all, the wild fantasies of Sanam, which never get fulfilled. The show also stars seasoned comedian Anup Upadhyay, the versatile actor Vishwanath Chatterjee and beautiful Sapna Sikarwar.

Also, we should not forget the two important cast members which are the two dogs named Andolan and Mishti. While Andolan is Sanam’s pet, Mishti is Madam’s pet. They two have their unique love story that is brewing as they can talk too.

The attention to detail, the expressions of the actors, the costume, set, all these prove that the job is done well. The dialogues are extremely well-written, with brilliant turns of phrases, well-placed puns and hilarious punch-lines.

All the actors perform superbly, staying true to their characters and eliciting laughter with their antics. The sparkling humour and implausible happenings in the show keep us firmly glued to our seats. The sets are outstanding too, adding an element of fun to the proceedings.

As of now, the show has had a very normal start; there’s nothing that is unique in the plot. The challenge for the makers will be to constantly churn out quality content for the audience.

We at IWMBuzz.com rate this effort with a 3 out of 5 stars.

Also Read: Lockdown gave me an opportunity to sit back and prepare for the role: Rajesh Kumar on Excuse Me Madam