There will be important entries in the Sony TV show. Model and actor Akash Jaiswal who has been the face of Raymond will enter the show as the parallel lead. Along with him, actress Divya Sharma will also be part of the series.

As per a credible source, “Akash will play the role of Vedant a very charming young lad. He will be the new-age politician who will be running for elections. He will be a positive character. Nupur Srivastava, played by Divya will be Vedant’s cousin sister who will be paired opposite Kartik (Ankit Raaj).”

We hear that the entry of the parallel lead was always present in the broad storyline. Vedant will have a connect of sorts with Anushka (Palak Jain) in the story ahead.

The two actors will begin their shoot shortly.

We buzzed the channel spokesperson, but did not get revert till we filed the story.

We also reached out to Producer Dilip Jha, but did not get through to him. 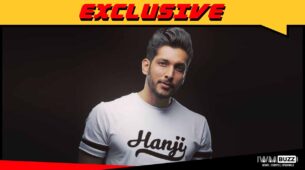