IndianWikiMedia.com was the first to report exclusively about Aniruddh Pathak bringing the tale of Prithvi Vallabh, the ruler of Malwa in Madhya Pradesh under his banner Writer’s Galaxy for Sony Entertainment Television.

Shares a source, “Alefia is roped in to play the role of Savitri, Sindhuraj’s (Sunil Kumar Palwal) wife. Her character will be of an extremely warm, loving and caring woman. She will try to lead her husband towards positivity.  She will be the only one who will support Prithvi (Ashish Sharma) in his endeavors as he would shower sisterly love on her.”

When contacted Alefia she confirmed and said: “Yes, I am part of this wonderful show. In fact, the best part is that I am truly happy to be playing a positive character after so long in my career, which is so close to my real life personality.” 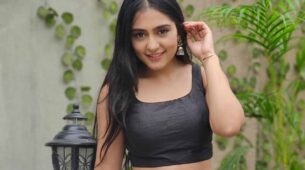