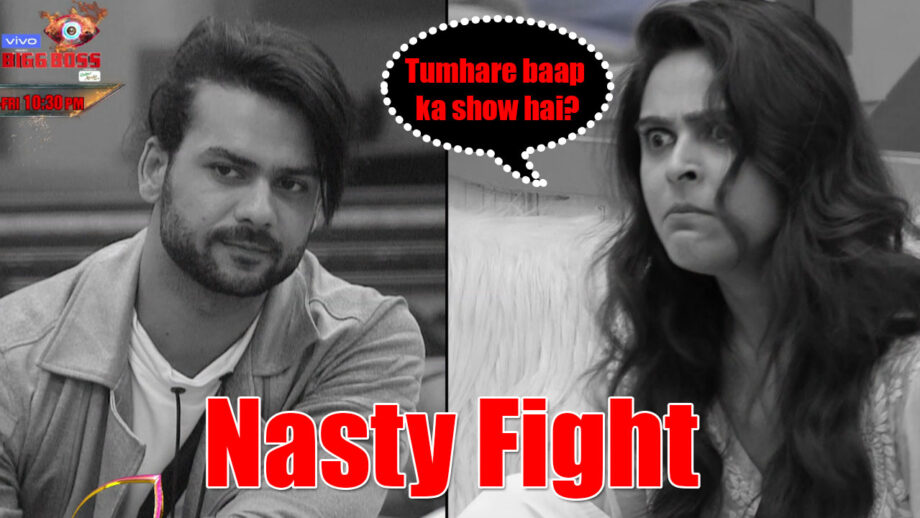 Later, we witnessed them dancing together in Nach Baliye as an ex-couple. And now, the two have been locked inside the Bigg Boss house.

Ever since Madhurima has entered the house, she has been warning Vishal.

Tonight, the two will get into a nasty fight. Madhurima will tell him not to make her feel uncomfortable in the house. To which Vishal will reply that when she knew he was part of this show, why did she enter the house? Soon, Madhurima will get angry and ask Vishal, ‘This show is helmed by your dad? (tumhare baap ka show hai?)’. The two will use nasty words for each other and get into an argument.

Will the two solve their differences?