The contestants are battling it out with each other putting their friendships at stake. 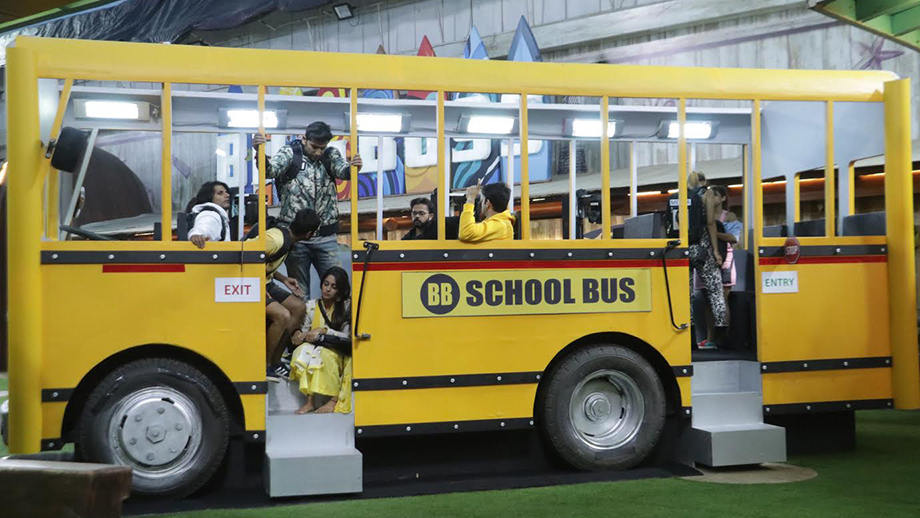 The news of no eliminations did not come as a sigh of relief as the same contestants were nominated this week as well. With the finale nearing, the contestants are battling it out with each other putting their friendships at stake.

This week’s luxury budget task is called BB School Bus, where an installation of a school bus was set up in the garden area along with a baggage room. The contestants had the power to decide the contender for captaincy of the house and to add the lost prize money to their winning amount.  There were bags named after each contestant in the baggage room with some amount in it, when the horn rang contestants had to rush into the room and pick up one bag each of some other contestant who they want to save or disqualify. After picking up the bag the contestants had to sit in the school bus holding the bag. With each buzzer, the first contestant whose bag is out of the bus got disqualified of the game and the amount mentioned in the bag got added to the winning prize money. The last two contestants whose bags are in the bus will be competing for the captaincy task.

The captain of this week will also be entitled directly to the semi finale week. The garden area turned into a battleground in no time and contestants got into an ugly brawl with each other to save the seat for the finale week.

Who will be privileged to enter the second last week of the game and how much money will be added back to the winning prize?