An interesting weekend episode in store for the viewers of Bigg Boss. 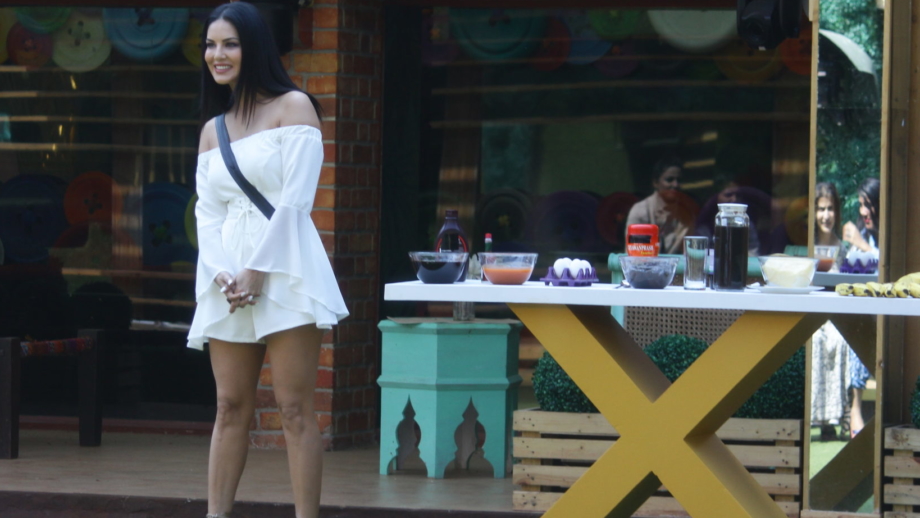 This time, Weekend ka Vaar has a special surprise! After being part of the show in Season 5, India’s latest Barbie Girl Sunny Leone has come back to the Bigg Boss House as a special guest! Dancing to the tune of her latest song, Sunny enters the house with a special break treat for all contestants! Serving up a sizzling breakfast, Sunny is armed with a task that will test the true colors of all contestants! Butter, Eggs and Sauces, Sunny is set to cover each contestant in a new flavor this episode with ‘Thoda Khao Thoda Lagao!’

Mega star Salman Khan looking dapper in a new clean-shaven look, welcomes his brother Arbaaz Khan and Sunny Leone to the show as they promote their upcoming movie ‘Tera Intezaar.’ Family always comes first and Salman and Arbaaz truly reflect the thought as they wish their parents ‘Happy 53rd Anniversary!’ Arbaz also dedicates a song from his new movie ‘Mehfooz’ to his parents and Salman joins in singing the melody.

Saturdays won’t be the same until Salman Khan questions and interrogates the contestants about the week gone by. This week in the limelight is Akash Dadlani or ‘Taklani’ as Salman chooses to call him. Salman wonders why Akash would question his only real friend, Shilpa Shinde’s intentions since she solved her issues with Vikas Gupta. After constant coaxing and questioning, Akash agrees he played up on the angle to add to the entertainment quotient of the show; and Salman bursts his bubble by calling him a ‘Fool!’

Well, it seems like Akash is surely going to think ‘gyarah’ times before playing games for the camera!