The actress is seeking justice … 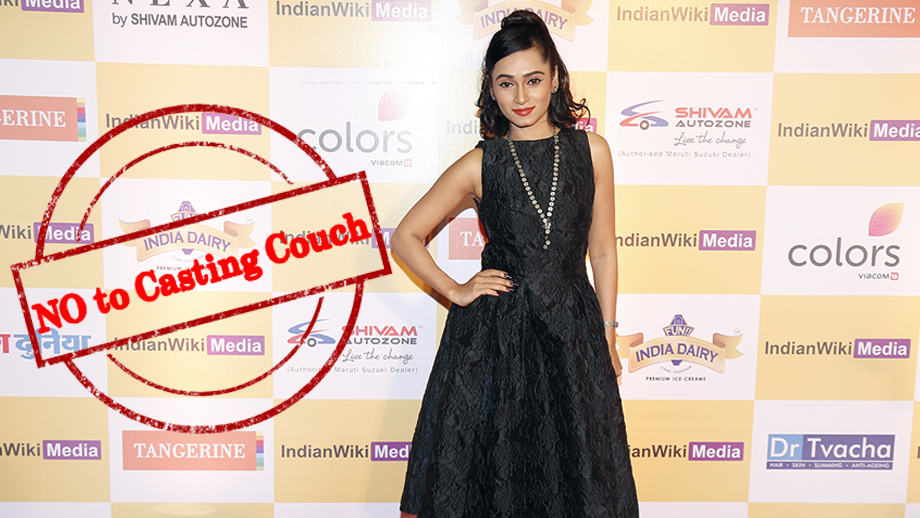 In most cases of casting couch, the victims never take the matter to its logical conclusion i.e. file a police complaint  However, TV (Hitler Didi) and film actress Harshali Zine last week had come out in the open and said that a production controller named Satish Jha asked her to ‘compromise’ in exchange of work.

She had also posted screenshot of the offensive chat on her Facebook.

CINTAA (governing body) acknowledged the gravity of the grievance and offered legal aid, a gesture which further strengthened Harshali’s attempt to seek justice.

After waiting for a few days, Harshali this afternoon has gone ahead and filed a police complaint against Satish at Malad police station (check copy below). Speaking exclusively to IndianWikiMedia, Harshali said: “It was very important for me to take the logical next step.  Many friends advised against it saying ‘why get involved in a legal fracas?’  But I made up my mind for it was demeaning as a woman to hear those words. I also wanted to answer those who alleged that I shared on social media to seek publicity.”

She continued: “It is very important that such people are brought to book hence others will think ten times before approaching any other girl with such indecent proposal. I know this practice will not stop but at least I have done my bit.  Hope other girls now come forward and file similar complaints.

In closing Harshali, who will next be seen in a short film, shared, “The police officer Pravin Rane was very cooperative. I am hopeful that the case will be looked into as priority.”