Although broadcasters now claim that GEC TV is not profoundly affected by annual T20 cricketing bonanza IPL, yet the programming calls by all significant networks suggest a different story. Most still shy away from launching new properties during this time.

Something similar again seems to be brewing in the minds of Star Plus mandarin.

As per the buzz, Star Plus might not immediately bring in a new show to replace Divya Drishti.

We had written yesterday that Divya Drishti (air time 7.30 pm -8.30) would wrap up next month, and producer Mukta Dhond had left open a possibility of new season post IPL.

In an attempt to make for the lack of weekend content in place of Divya Drishti, sources say Star, might extend run of some its weekday fiction properties into the weekend as well.

As per sources, the new Rajshri show Dadi Amma Dadi Amma Maan Jaao (Mon –Fri 7.30), which goes on air from today, might air even on Saturday from next month.

Fiction shows have aired on the weekend before as well.

Our source further informed that Kasautii Zindagii Kay, which airs at 8 pm too would soon also go six days a week ( Mon – Saturday ), so this at least takes care of one day of Divya Drishti’s two days run.

We tried to speak to Star Plus head, Gaurav Banerjee, Dadi Amma lead, Sheen Dass and Erica Fernandes (Kasautii) but could not get through to them. 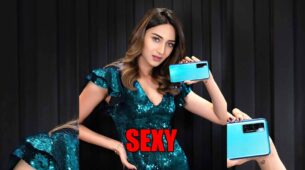