This week’s luxury budget task – Remote Control controlled the emotions of each housemates differently. Each family member entering the house, got some advice with them for everyone.

On the second day of the remote-control task Romil’s wife and his son entered the house to meet him. The poker faced mastermind of the house Romil who melts down only by his family will be seen taking some advices from his wife. He introduced Somi to his wife as his best friend to which his wife immediately corrected him and said that Somi is like his younger sister. She also told Surbhi that she should be sensible before passing any comments for Romil.

The next one to enter the house was Bigg Boss ex-contestant and Somi’s sister Saba. Saba who already understands the dynamics of the game clarified to Romil and Somi that their friendship is not taken well outside the house. She advised Somi to be strong and not to get influenced by anyone. On thinking about Saba’s feedback, Somi and Romil discuss how to maintain safe distance from each other to avoid any kind of fiasco, outside the house. On one hand where Romil and Somi were in a fix after listening to the comments from their family members, on the other hand each family member who came in the house criticized Surbhi in their own way which demotivated Surbhi. She had an emotional breakdown where she felt like she is the villain of the house. All housemates tried their best to comfort her specially Sreesanth and Dipika.

The task was about to end and Dipika was eagerly waiting for her husband Shoaib. He made a dramatic entry from the confession room. He narrated a poem in Urdu for Dipika and made Sreesanth his official brother in law. As Dipika was expecting to see her husband, she had prepared her famous ‘Atta ka Halwa’ for him. Shoaib also went down on his knees and gave her a rose. In the matter of few minutes Shoaib and Dipika gave some couple goals to all the housemates.  Shoaib’s visit to Dipika was indeed very beautiful yet dramatic.

Will the advices from the family member resolve the issues among the contestants? 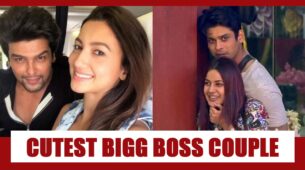 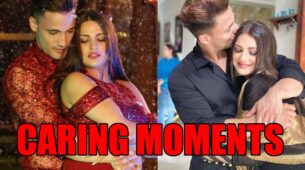 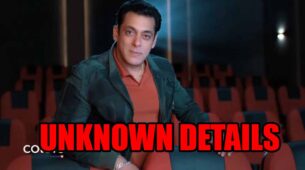 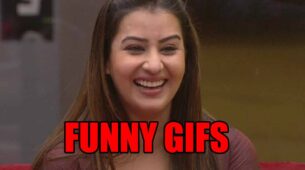