Milind Soman has been ruling the fashion industry and our hearts for more than 2 decades now. Right from charming us with his looks in music videos, burning the runway with his effortless walk, to shocking everyone with a nude photo-shoot he has done it all. Milind Soman has always believed in doing unconventional things and this time again he will be doing something which no judge on India’s Next Top Model has done ever! He will be seen posing for a photo-shoot with the contestants underwater.

It’s every Indian model’s dream to either walk on a ramp with Milind Soman or do a photo-shoot. And that dream of India’s Next Top Model contestants just got real as they will be seen posing for an underwater photo-shoot with the hottest supermodel himself. After an eventful launch week, host – Malaika Arora, co-judges – Milind Soman and Dabboo Ratanani, and mentors Anusha Dandekar and Neeraj Gaba will shortlist the top 10 contestants who will move ahead in the show. The selected contestants will be given the task of underwater wedding photo-shoot wherein each girl will be dressed as bride in white gowns and Milind Soman will pose as a groom.

Speaking about the photo-shoot, a source from the sets shared, “Most of the girls were very nervous as it was their first time to do an underwater photo-shoot. And adding to their nervousness was they had to pose with the supermodel, Milind Soman. He was shooting continuously for 6 hours underwater without any complaints. He slayed the shoot like a pro but while doing so he ensured to make the girls comfortable. He also shared tips with them which resulted in boosting their confidence.”

Which girl will impress Milind the most? Which contestant’s journey will end this week? Kareena Kapoor, Nora Fatehi Or Malaika Arora: Who Has The Hottest Belly Curves? 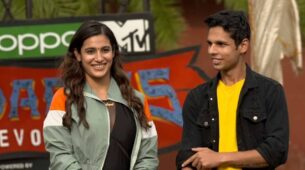 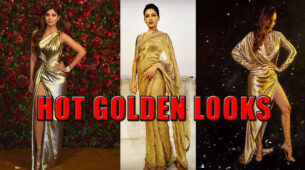