Come all ye faithful fans, tell us who is the hottest hunk between Priyank Sharma and Shaheer Shaikh 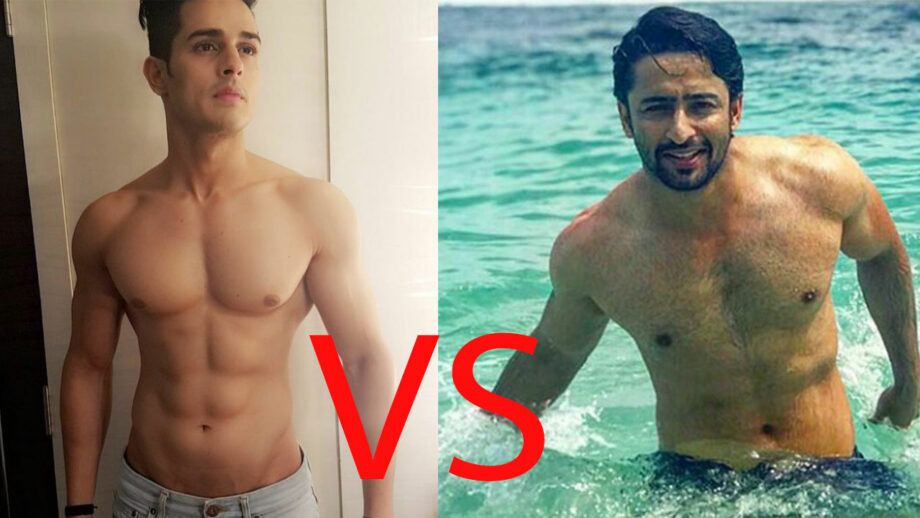 Priyank Sharma and Shaheer Shaikh have both worked in two completely different styles of television, but yet have a huge fan following, mostly of young girls. Both these stars are multitalented and have been on the silver screen long enough to make the audience hearts skip a beat.

Priyank Sharma, besides being an actor, is also a dance choreographer and kills it with dance performances. His sexy moves and hot body is the reason for his huge fan following. He has been a part of reality television shows like Splitsvilla and Bigg Boss and has stolen a lot of hearts with his personality. He has flaunted his abs on the silver screen on various occasions.

Shaheer Shaikh is a lawyer turned actor and model and is a hunk with both brains and brawn.  He has worked in a number of television soap operas and been seen in various hot and sexy avatars. He is best known for playing Dev Dixit in Kuch Rang Pyar Ke Aise Bhi. He is currently playing the lead role in Yeh Rishtey Hai Pyaar Ke. Shaheer’s looks make him look like an Indian Greek God, who is here to flaunt his dashing avatars.

Priyank Sharma and Shaheer Shaikh both have a hot body along with strong personalities. We love both these hot dudes who have amazed the fans with their hot looks. Let us know who according to you, is the hottest hunk.